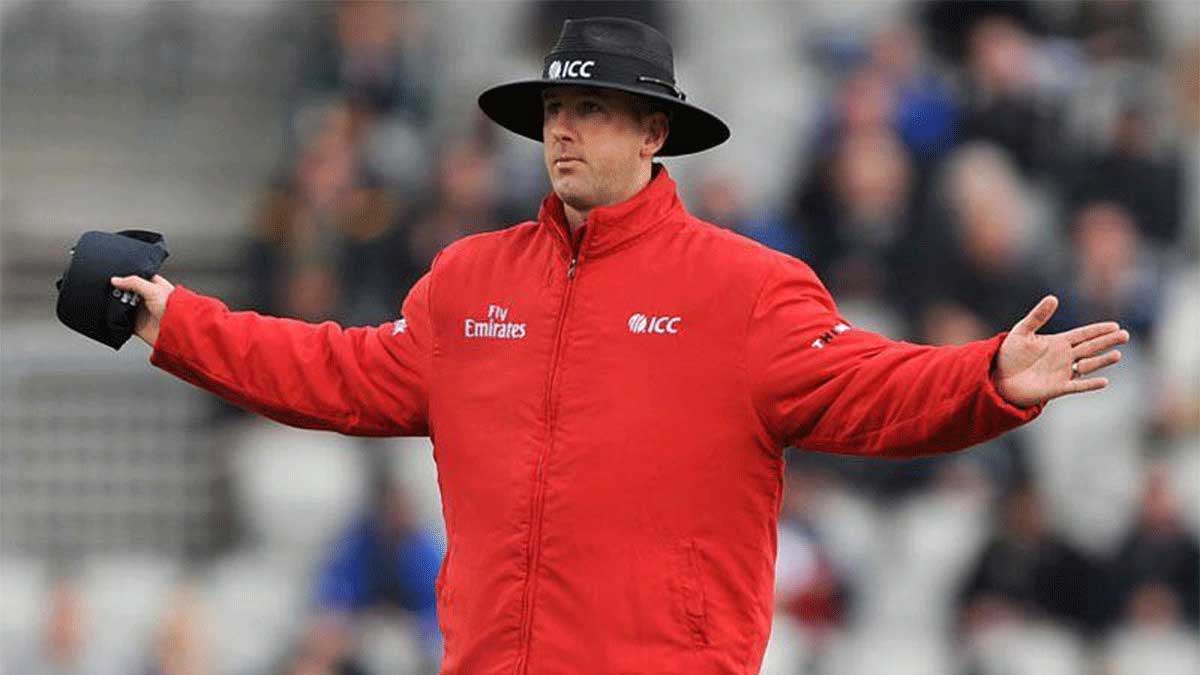 The Bio-Security Advisory Committee has advised umpire Michael Gough to isolate for six days due to a breach of the event’s bio-security procedures, according to an ICC official.

However, Gough who has just finished serving a six-day suspension and though was initially expected to return, the ICC said he would be pulled out keeping his “wellbeing” in mind.

“The ICC recognises the extended periods he has spent in bio-secure conditions over the past two years and will continue to support the wellbeing of all match officials operating in this environment,” the body said in a statement on Wednesday.

According to media sources, the international council is investigating the situation further, and the 41-year-old umpire is currently under isolation.

Gough, 41, was in charge of the international men’s match on Sunday, but Marais Erasmus took his place for New Zealand’s victory over India in Dubai after it was revealed that he had walked beyond of the tournament’s allocated areas for officials.

According to the council’s rules, everyone, including players, umpires, and their families, must remain within the bubble, and if they leave the bubble environments built at hotels and cricket grounds across the UAE, they will be compelled to isolate themselves.