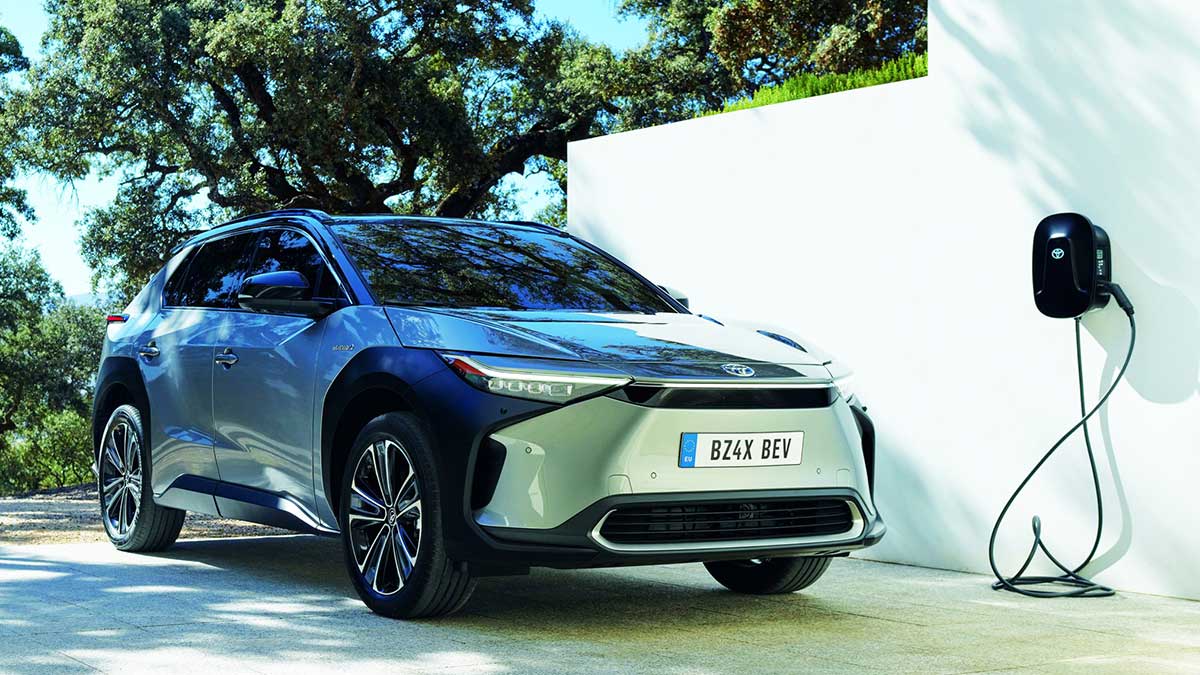 While Toyota is recognised for specialising in and pushing for hybrid electric vehicles, it is now attempting to break into the electric vehicle market with the introduction of its first-ever model, the bZ4X.

The new vehicle is an all-electric crossover SUV that is part of Toyota’s ‘Beyond Zero’ electric vehicle (EV) series. It will be built on a specialised EV platform that will be shared by Toyota and Subaru EVs in the future.

The bZ4X was created in collaboration with Subaru and will compete against the Ford Mustang Mach-E, Tesla Model Y, and Volkswagen ID4 when it goes to market in 2022.

The car is the same size as the Toyota RAV4 in terms of dimensions, but it has a sharper styling and design. It stands out from the crowd thanks to its aggressive body angles and lines, crisp silhouette, edgy headlamp and taillight designs, Sportback-Esque tailgate design, and modern-looking front and rear bumpers.

The Toyota bZ4X will be available in two configurations: front-wheel drive and all-wheel drive. They’ll both have a 71.4 kWh battery pack with a ‘expected’ range of over 280 miles (450.616 km), however real estimates will likely vary based on individual driving styles.

The bZ4X is expected to be unveiled to the general public in Europe by the end of this year, but it will hit dealerships in the first half of 2022, with a starting price of £35,000.