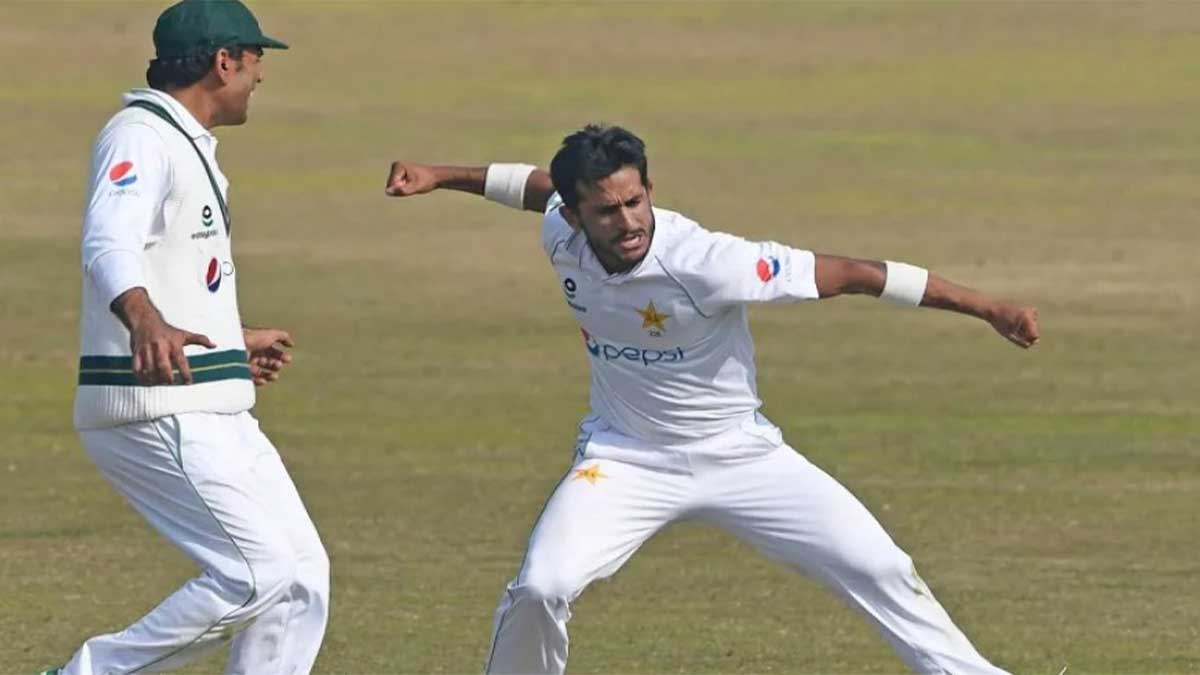 The visitors had gone 11 matches without a win as a visiting side in the longest format, dating back to a win at Lord’s in 2018, but they won by an innings and 116 runs on Saturday at Harare Sports Club.

In the final session, Hasan took 5-36, including his 50th Test wicket, as Zimbabwe were bowled out for just 134 runs. The paceman finished the match with a match haul of 9-89, his best innings figures in a Test.

As the hosts collapsed from 92-2, Nauman Ali contributed 2-27, with Tarisai Musakanda top-scoring with 43 at the top order.

Pakistan had been bowled out for 426 earlier in the day, with Blessing Muzarabani taking 4-73, giving them a massive first-innings lead of 250 runs.

Fawad Alam had advanced from 108 to 140 before being superbly caught behind by Regis Chakabva slashing at a delivery from Muzarabani. Babar Azam’s side had resumed on 374-6.

Muzarabani also took Hasan for 30, while Donald Tiripano (3-89) and Richard Ngarava (2-104) struck before Zimbabwe’s batsmen collapsed for the second time in a short match.

Hasan Ali’s Test return is a dream comeback! Hasan has taken 21 wickets in three Tests since his return to the Pakistan Test team, including 19 in the last two. Hasan had been out of the team for two years before returning in January.

After taking 10 wickets in the second Test against South Africa, the 26-year-old was voted man of the match and continued where he left off in Harare.

In a remarkable comeback, Hasan has taken 21 wickets in three Tests, hitting the milestone of 50 wickets in the longest format in only his 12th game. Hassan Ali received another man of the match award for his outstanding results.

After being whittled down in two sessions on day one, Zimbabwe was still going to be up against it.

They fought back the second time around, but eventually lost seven wickets for 42 runs. Due to a hand injury, Prince Masvaure was unable to bat.