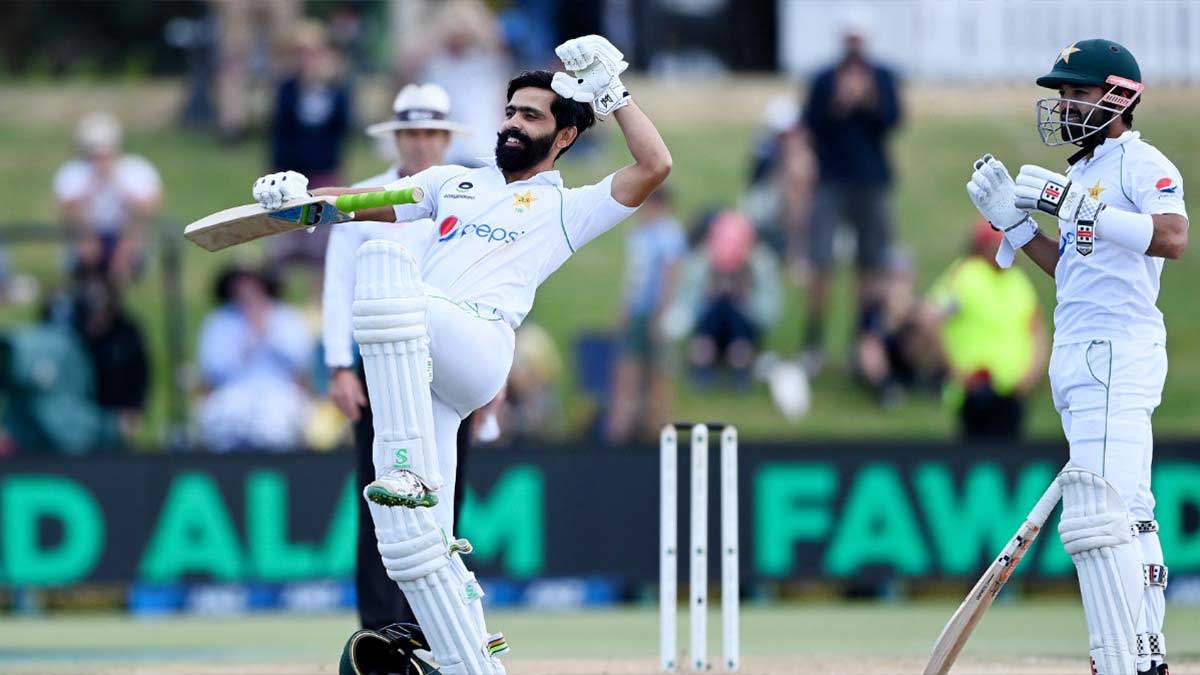 On day two of the first Test against Zimbabwe, Fawad Alam scored his fourth Test century to bring Pakistan in full control.

The tourists began the day in a commanding position, having skittled Zimbabwe for 176 runs on day one and then reaching on 103 at the end of the day.

Imran Butt (60) and Abid Ali (60) got off to a good start and went on to score half-centuries, with Butt falling nine runs shy of a century.

But it was Fawad who stole the show with an unbeaten 108, after the Zimbabwe attack put up a battle, with Pakistan captain Babar Azam going for a duck.

He guided Pakistan to a 198-run victory at the end of day two, and he’ll be joined at the crease by Hasan Ali (21 off 18) as they look to extend their lead on day three.

Butt and Abid put on 115 for the first wicket, but after the latter edged to first slip to hand Zimbabwe the breakthrough, Donald Tiripano dismissed Azhar Ali (36) and then removed Babar first ball when the skipper pushed a full delivery straight to mid-on.

Pakistan, on the other hand, had already built a 50-run lead at that stage, and Fawad assured that it would be increased significantly.

Fourth century was brought up with a four by Fawad after a bad miss at mid-off, and he reaped the rewards for a calculated innings.

Pakistan’s cause was aided by Mohammad Rizwan’s 45, while Hasan hit two sixes and a four to speed things up even further before stumps.

Three of Fawad’s centuries have come since December 2020, with the left-hander making the most of his Test career’s second act after more than a decade away from the game.

He hit 102 against New Zealand on Boxing Day last year and then 109 against South Africa at home in January. His career-high score is 168 against Sri Lanka in 2009, but if he remains calm and played a sensible inning then Fawad might cross the previous highest score.