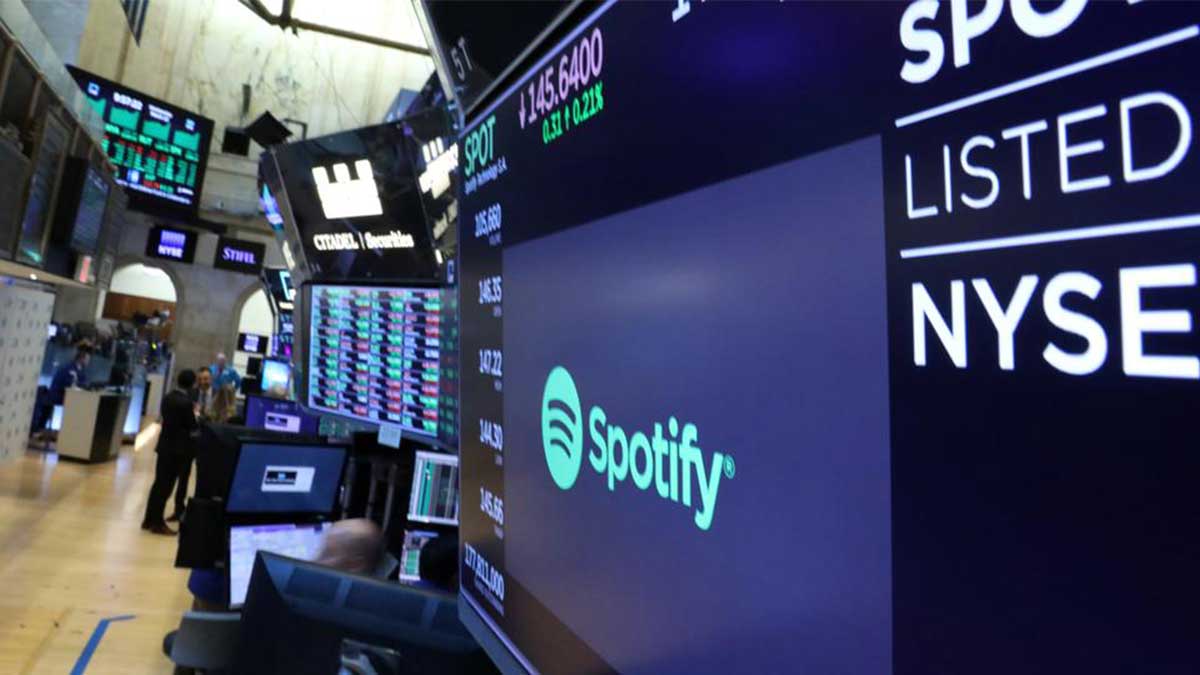 As the audio streaming and media services company launched in dozens of new markets, Spotify recorded a rare net profit and a dramatic rise in paying subscribers in the first quarter.

In the first three months of the year, Spotify made a profit of 23 million euros ($27.8 million), the company’s fifth quarterly profit since going public in 2018.

The company attributed the increase to a recent decline in its stock price, which reduced the cost of employee compensation — social charges, which involve share-based payments to employees, were 35 million euros lower than anticipated.

Spotify’s stock on the New York Stock Exchange has dropped below $300 in recent weeks since hitting an all-time peak of nearly $365 in mid-February.

Meanwhile, revenue increased 16 percent year over year to 2.15 billion euros, with 90 percent coming from paying users and just a tenth from advertisements, according to Spotify’s quarterly report.

The number of monthly active users reached 356 million at the end of March, with the number of paid subscribers increasing by 21% to 158 million.

Spotify revealed in February that it had launched in over 80 new countries with a total population of one billion people, including densely populated countries like Nigeria (201m), Pakistan (217m), and Bangladesh (163m).
Through these launches, it now has a footprint in nearly 170 countries around the world.

“We are delighted with the new business contributions, with South Korea leading the way,” the company said.

Despite its popularity in the online music industry, Spotify has never made a full-year profit.

In recent years, the music streaming service has made significant investments in podcasts, such as the acquisition of US publishing platform Megaphone and a partnership with famous podcast host Joe Rogan.

It expects to hit 366 to 373 million monthly active users and 162 to 166 million paying subscribers in the second quarter.

Spotify said it expects to have between 402 million and 422 million users by the end of the year, with 172 million to 184 million paying subscribers.

Meanwhile, Spotify’s co-founder and CEO Daniel Ek made headlines by expressing interest in purchasing Arsenal, despite the fact that the Premier League club’s American owner Stan Kroenke has confirmed that the club is not for sale.