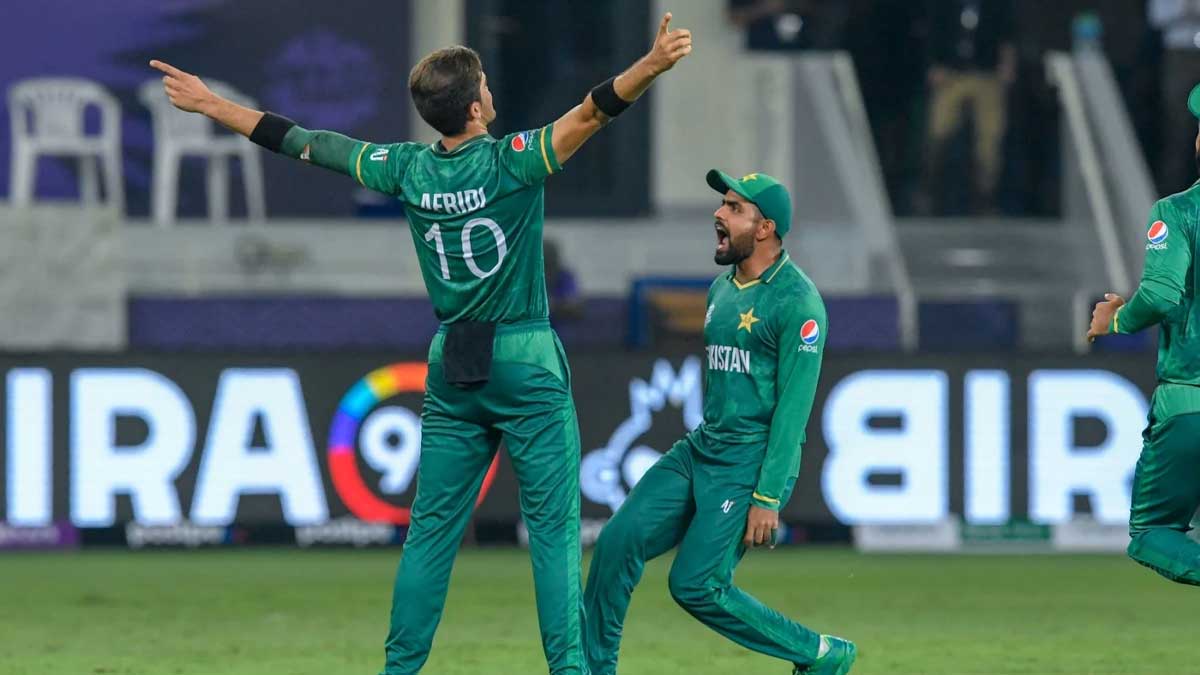 Babar Azam and Mohammad Rizwan led Pakistan to victory over India, ending the Men in Green’s World Cup losing streak against the Men in Blue.

Babar (68) and wicket-keeper Rizwan (78) put together the best partnership against India, surpassing David Warner and Shane Watson’s 133 for any wicket by any side in T20Is.

Shaheen Shah Afridi sent Indian skipper Virat Kohli back to the pavilion for the first time in a T20 World Cup match between arch-rivals Pakistan and India.

Mohammad Rizwan, the wicketkeeper, took his 101st catch in the T20 format of the game.

By the end of the 16th over, India had scored over 100 runs. Pakistan’s bowlers had been on a roll, collecting back-to-back Indian wickets.

Shahdab Khan only secured one wicket, dismissing Rishabh Pant after he made 39 runs in 30 balls and was replaced in the field by Ravindra Jadeja.

After Pakistan claimed three early wickets against arch-rival India in the match of the T20 World Cup on Sunday, Hasan Ali sent Suryakumar Yadav back to the pavilion.

In the match Shaheen Shah Afridi, who was on a roll, took two early wickets for Pakistan against arch-rival India.

After only scoring one run, the Pakistani bowler sent opener Rohit Sharma back to the pavilion. Virat Kohli, the captain, took his spot.

K Rahul had been dismissed for just three runs, giving Afridi another wicket. Rahul was replaced on the field by Suryakumar Yadav.

The two teams last met in the 2019 50-over World Cup, which took place three years ago.

The build-up to the game demonstrates the game’s ongoing attraction as a showdown between the subcontinent’s feuding neighbours.

While Pakistan’s Babar Azam and India’s Virat Kohli have described the match as “just another game,” this is certainly not the case.

India has won all 12 of their T20 and 50-over World Cup matches under Virat Kohli’s leadership.

Pakistan, on the other hand, enters the tournament with a 10-game winning streak in the United Arab Emirates, their home away from home for the past decade.