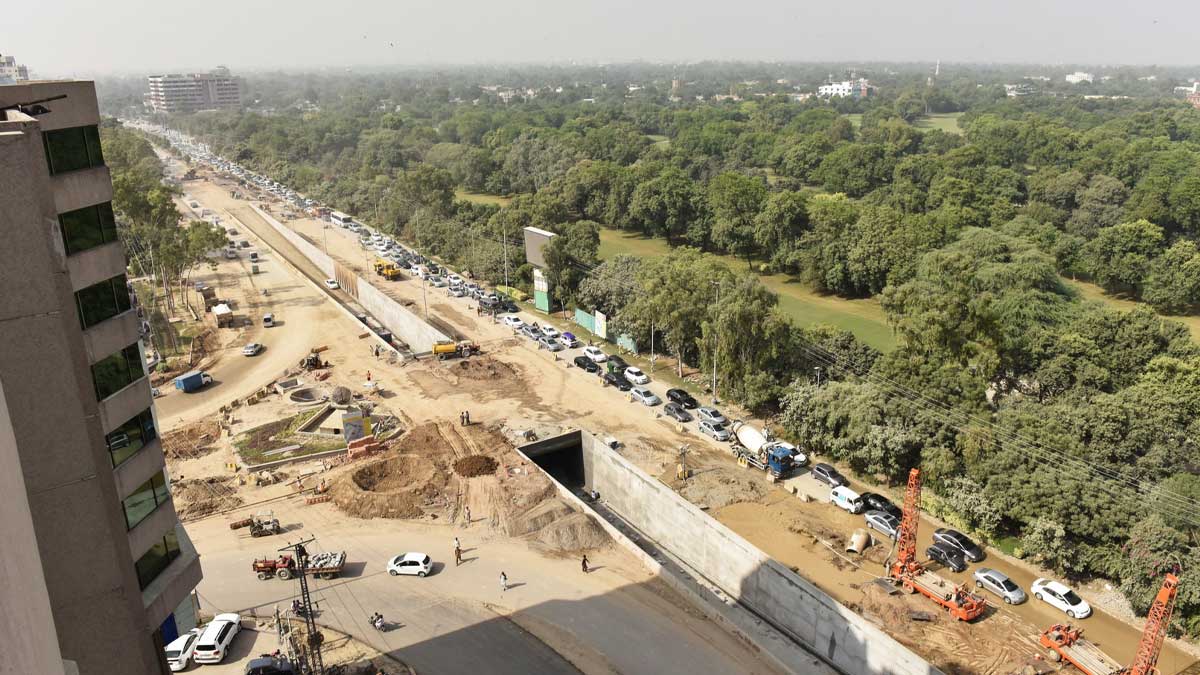 The government of Punjab gave approval for the construction of a 5-kilometres long signal-free corridor from Centre Point Gulberg to Defence Chowk, Walton Road to boost the traffic flow in Lahore with the projected budget of Rs 2.80 billion in the continuing Annual Development Plan.

The consent was set in the 70th conference of the Cabinet Standing Committee on Finance and Development under the chairmanship of Punjab Finance Minister Makhdoom Hashim Jawan Bakht at the Chief Minister’s Secretariat. The Secretary of Finance, Chief Secretary Punjab, Secretary Planning and Development and administrators of concerned departments joined the meeting.

Moreover, the signal free corridor project will be cooperatively accomplished by the Punjab government and Lahore Development Authority. The expansion of Saggian Road would be completed with Rs 3.4 billion and an underpass and a flyover at Karim Block in Iqbal Town would be built with a cost of Rs 2.9 billion.

The Board has accepted the addition of three new plans of the Communication and Works Department together with the Sports Department scheme of establishing a sports complex in Rahimyar Khan.

The CM promised that under the jumbo project, an underpass and an overhead bridge will be built at Cavalry Ground and Defence Mor.

Chief Minister Usman Buzdar on Monday inaugurated the three-lane Gulab Devi underpass which is now named after Abdul Sattar Edhi. The underpass which has been completed two months ahead of the deadline will ease the daily movement of 132,000 plus vehicles.

The facility would also benefit the patients of Gulab Devi, Children, Social Security and General hospitals besides accommodating hundreds of thousands citizens in their daily commuting.

The chief minister also announced an elevated expressway project costing Rs 50 billion. Similarly, he said, Rs 6.5 billion would be spent on the construction of multi-level entry and exit points at Shahdara Mor to resolve traffic congestion.