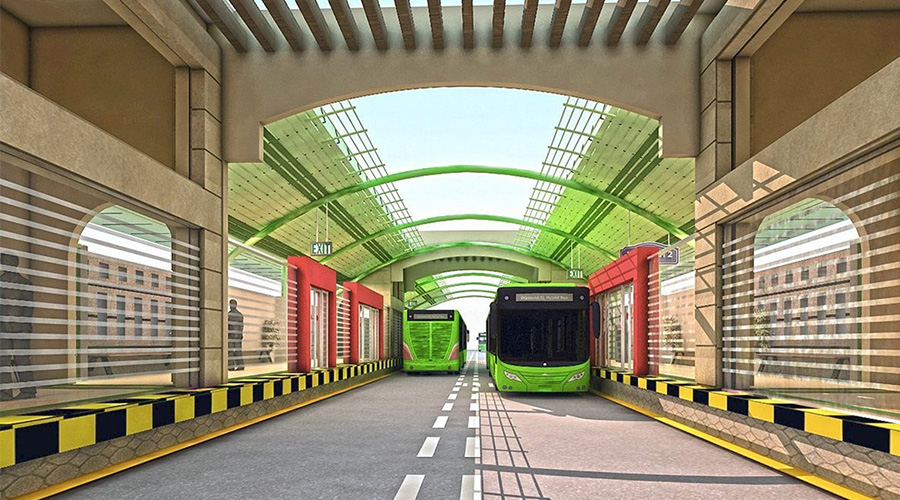 According to the minister, tenders for buses have been issued and 100 buses for Green and Orange Lines will arrive by the end of September or October 2021.

He rejected the statement made by Federal Minister for Planning and Development Asad Umar, who claimed that both the public transport services will get operational by August this year.

While talking to the newsmen in Karachi, Asad Umar had said besides giving the August date for the Green and Orange Line projects that the promises made by the incumbent government to the people of Karachi are being met as the implementation work has commenced under the Karachi Transformation Plan.

He further said that the modeling work on Mahmoodabad Nullah has been completed by the NED University, along with, the National Disaster Management Authority who will start removing encroachment from this week.

He said the Freight Train system is also being introduced in the city from Karachi Port Trust to Peepri-Station to control the heavy traffic in the city. Minister for Information Technology Amin-ul-Haq said that there will be no compromise on the development of Karachi.

Green-Line Bus Project was undertaken by the Government of Pakistan/ Ministry of Communications as a high-priority project as determined by Japan International Cooperation Agency (JICA) in their Feasibility Study conducted for Karachi Transportation Improvement Project (KTIP, 2030) in December 2012.

The Prime Minister of Pakistan, during a high-level meeting in Karachi on July 10, 2014, announced to provide infrastructure component to launch the BRT Green Line project on modern lines to alleviate the traffic congestion problems in the city and to improve the quality of life of the daily commuters by improving the existing transport system which has been declared the worst in the world.