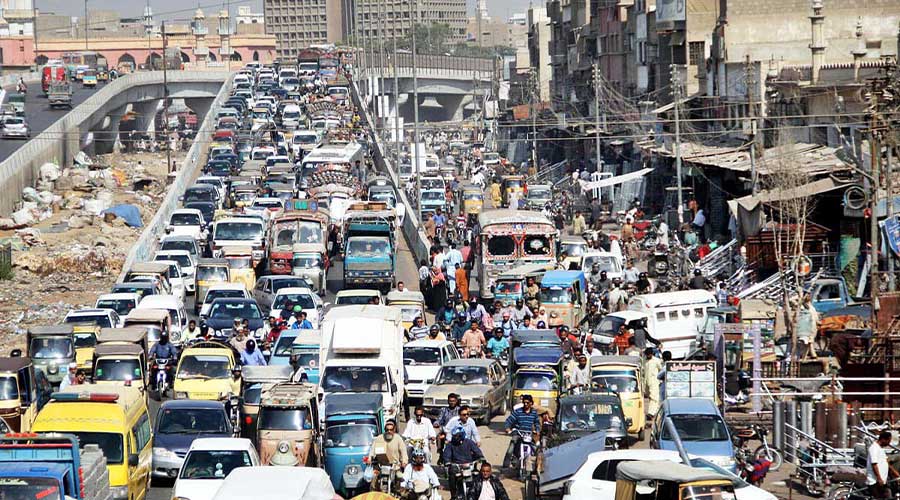 Bloomberg, a US-based news agency, has cited a 2019 study by car-parts company Mister Auto which declared Karachi’s public transport system the worst in the world.

According to a 2019 study by car-parts company Mister Auto that looked at 100 major cities, Karachi ranks as having the worst public transport system globally.

The study shows that Karachi has decades-old buses on which 42 percent of Karachi travelers rely. These buses’ roof is used as a second deck for passengers at times. This worst public transport system has potholes in almost every road in the city, traffic signals are not systematic, and no one follows the traffic rules.

Besides the worst condition of the public transport system, the former capital is home to Pakistan’s main ports and the regional headquarters for companies such as Standard Chartered PLC and Unilever PLC, helping it generate half of the nation’s tax revenue.

Arsalan Ali Faheem, a consultant at Development Alternatives Incorporated, an international company that advises on development projects said, “Karachi, despite its importance, is a political orphan.”

Adam Weinstein, a research fellow at the Quincy Institute for Responsible Statecraft, Washington, said that now is the need to find some humane way to address its unlimited issues which are the hurdles in its development.

Moreover, there was a time when Karachi was well-connected by a circular railway but now, the corruption and mismanagement in the sector of transportation have taken the city into the worst phase. Many of the railway tracks have become illegal slums, where people have settled from smaller towns.

The report further says that most of the development projects for Karachi had been delayed. It pointed towards the 15-year-old discussion to revive the circular railway, the Green Line bus project announced six years ago, and the Blue Line bus project, which were shelved in 2019 by the Sindh government due to financial issues.

Uzair Younus, a senior fellow at the Atlantic Council said, “If cities provide quality infrastructure, it by default increases productivity.”