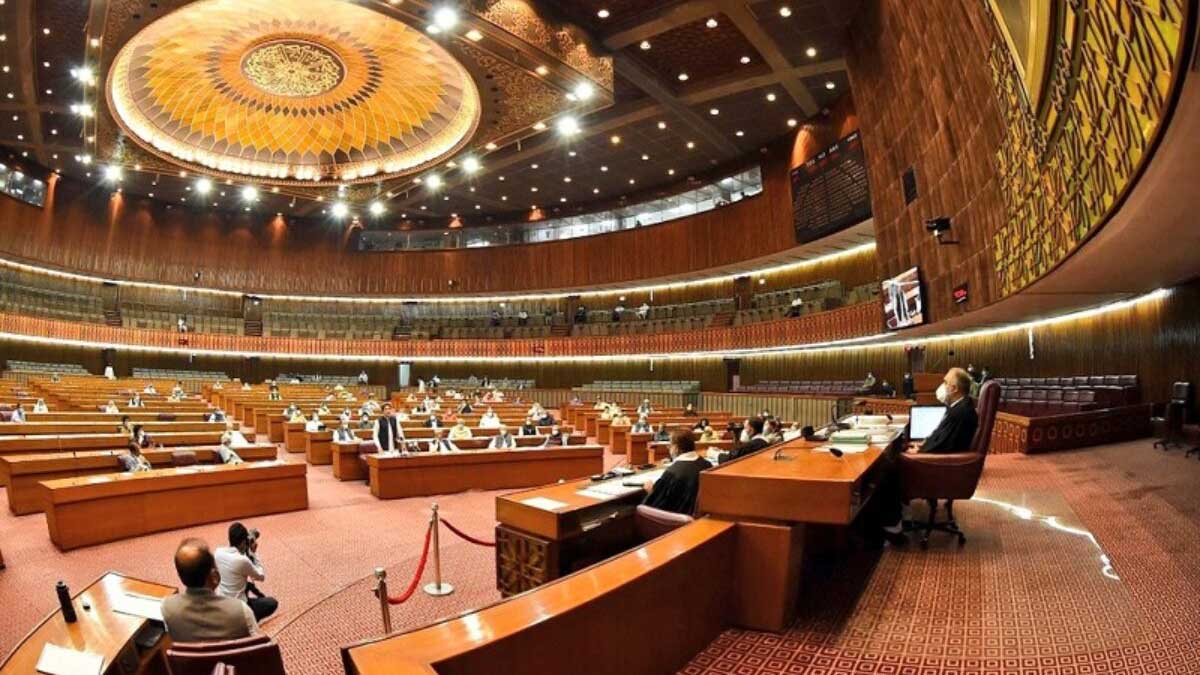 With a target of 4.8% growth rate, the PTI government has unveiled the federal budget for the fiscal year 2021-22 to turn the direction of the country.

The present government targets to provide relief to the lower class of the country, hence this segment will be granted good incentives. The country has 65% of the population with the age group of below 30 years and the creation of job is necessary otherwise it will waste national advantage.

“Therefore, we want to ensure 6-7% growth over next few years,” Tarin added.

While announcing the budget, he further said that special economic zones (SEZs) will be used to create jobs which will also guarantee growth in exports.

The finance minister mentioned that PTI’s government has decided to provide tax relief package. Subsidy worth Rs3 lac rupee will be given. And for the first time, mortgage financing has been started.

“The government plans to reduce line losses through investment,” Tarin added. Moreover, an electric vehicle policy would also be announced.

Moreover, in the next fiscal year, the PTI government has increased the PSDP budget to Rs900 billion from Rs630 billion.

The finance minister further assured that the government would improve road infrastructure. Furthermore, it will invest in high return projects through PSDP.

During the announcement of next year’s budget, a national agriculture emergency programme was also announced regarding which the government has decided to enhance livestock on modern lines and is going to allocate Rs12 billion for the most important sector.

For the fiscal year 2021-22, Rs16.5 billion have been allocated for Karachi-based projects. The federal government will grant Rs98 billion.

The government has allocated Rs40 billion for developmental projects in Gilgit-Baltistan. Meanwhile, Rs54 billion have been allocated for Khyber-Pakhtunkhwa. Rs 601 billion will be allotted to South Balochistan for uplift programs, he added.

Pakistan is one of the 10 countries most hit by climate change, stated the federal minister.

Non-tax revenues to rise by 22% during FY22, meanwhile federal expenditures to rise 15%. Whereas, $1.1 billion have been allocated for vaccine import under the budget.

Furthermore, at least Rs12 billion have been allocated for SMEs. Rs10 billion for the Kamyab Jawan programme and Rs66 billion will be allotted to HEC.

A self-assessment scheme would also be introduced in the next fiscal year. Individuals can prepare their own tax returns. Tarin mentioned that an e-audit system will be introduced and audit will be done by international auditors.

Tarin said that income and expenditure taxes would be main instruments. Technology will be used to identify new taxpayers.

The Federal Board of Revenue would not conduct audits without substantial information.

Moreover, all retail and wholesale transactions will be added in the tax net and the rich people would be urged to pay their due taxes. Providing relief, the finance minister said no taxes to be applied on salaried class.

The finance minister further said that gifts will be awarded on sales tax receipts through a lucky draw on monthly basis.

He also revealed that the country’s single window project will be introduced for fast-track clearings goods from ports. A special cell for the retail sector will be established by FBR.

On the other hand, Tarin announced regarding the auto sector that 850 CC cars will be exempted from federal excise duty and sales tax would be reduced. The government decided to reduce sales tax on electric vehicles from 17% to 1%.

For the telecom sector, federal excise duty has been reduced from 17% to 16%, the withholding tax will be reduced by 40%.

He further said by saying that the WHT from 12 documented sectors to be withdrawn, which include banking, Pakistan Stock Exchange, margin financing, air travel services, international transactions from debit and credit card.

The finance minister concluded his speech by saying that all citizens will benefit in some way from the budget.