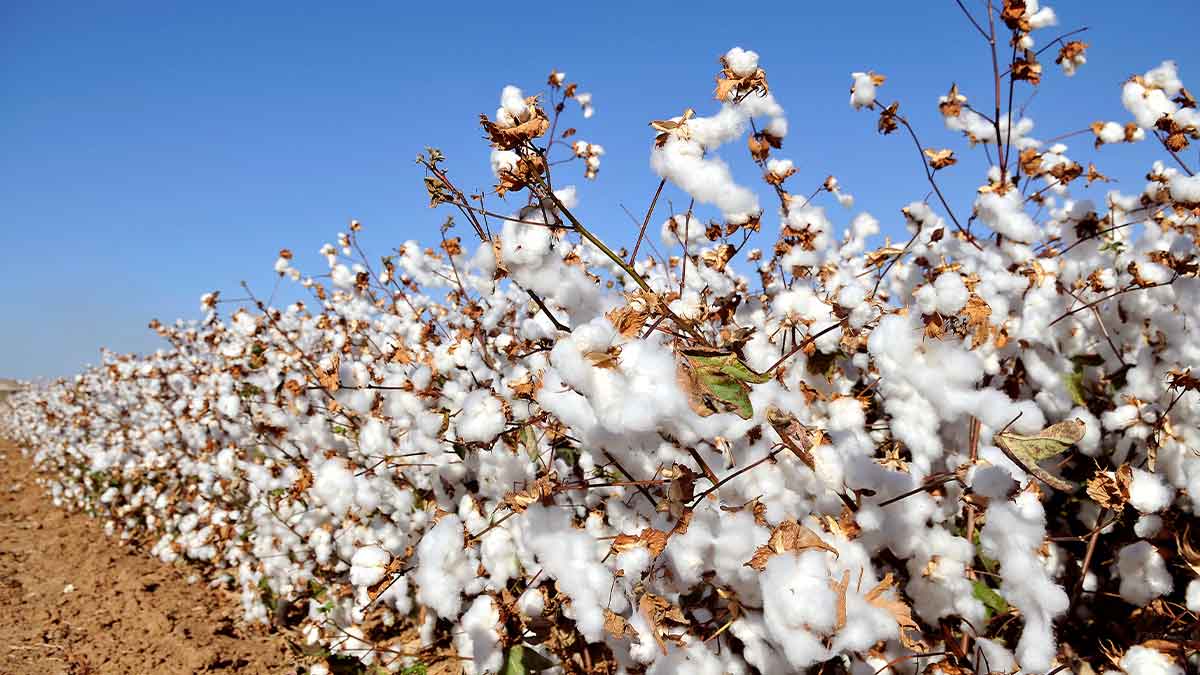 The government has announced to spend Rs 20 billion on the production of superior seeds of cotton and the development of climate resilient production technologies in order to revive the crop which has suffered because of climate change and the use of low-quality seeds in recent years.

Talking to the media, an official source said that the decision was taken in a meeting on cotton revival that took place in Islamabad on Wednesday.

Read more: China imported more than $168 million worth of cotton yarn from Pakistan

During the meeting, the members of the committee were apprised that Prime Minister Shehbaz Sharif had approved Rs 10 billion for the cotton research and development endowment fund on August 20. These funds, according to the sources, will be released in three tranches over a period of three years.

The meeting was held under the headship of Federal Minister for National Food Security and Research Tariq Bashir Cheema and was attended by Minister for Industries and Production Syed Murtaza Mahmud, Minister for Commerce Syed Naveed Qamar, relevant government bodies, and stakeholders. The meeting consulted stakeholders in detail and reviewed proposals for the improvement of yield of production of cotton and cultivation land.

The committee members decided to use the funds to enhance seed quality in addition to modernizing and creating climate change resilient production technologies.

Moreover, members also decided to boost technology-providing seed companies to market their cotton seeds in Pakistan. For this purpose, a committee has been established which will negotiate with seed companies and facilitate them in entering the local market.

The committee was updated that the latest seed technologies will help increase productivity and provide an advantage to the sector as farmers will be encouraged to grow more cotton through such incentives.

Addressing the meeting, Federal Minister for Industries and Production Syed Murtaza Mahmud directed the members to reconsider the criteria for the registration of seed companies. He remarked that the federal government will consult provincial governments and formulate a mechanism to penalize companies that are selling substandard quality seeds.