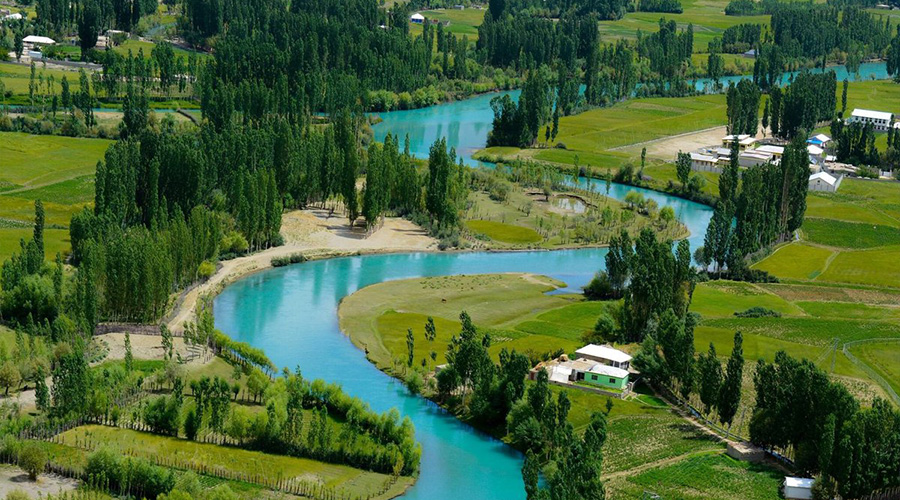 The federal government is going to announce a major economic package for Gilgit Baltistan soon after finalizing the historic development plan.

On Wednesday, the meeting was held under the supervision of GB Chief Minister Khalid Khurshid, along with the Federal Minister for Planning, Development and Special Initiatives Asad Umar where it was decided to soon announce a major economic package for Gilgit-Baltistan as promised before regional elections in November last year.

In a meeting with the newly-elected leadership of Gilgit-Baltistan, the ministry of planning and development constituted two technical groups to finalize the integrated development plan on the pattern of the recently announced Karachi Transformation Plan.

The meeting also decided to create technical working groups which would be comprising of ministry of planning and development and officers of GB. Moreover, an apex committee under the GB chief minister and an inter-ministerial committee under the deputy chairman of the Planning Commission would monitor the preparation and implementation of the development plan.

Now the follow-up meeting will be held by both of the committees within next 15 days where the most important areas for inclusion in the GB integrated development plan would be shortlisted. The committees would work together to identify potential projects in the public sector, as well as in the public-private partnership model.

According to the official statement by Asad Umar, the current federal government and GB administration would jointly formulate and announce an integrated development plan for the people of the region, despite the fact that there had been no development in Gilgit Baltistan and was neglected for a long time.

The minister then directed that the requisite approval of all the projects to be included in the integrated plan should be obtained from the relevant forum before the next budget cycle so they could be included in the Public Sector Development Programme, 2021-22.