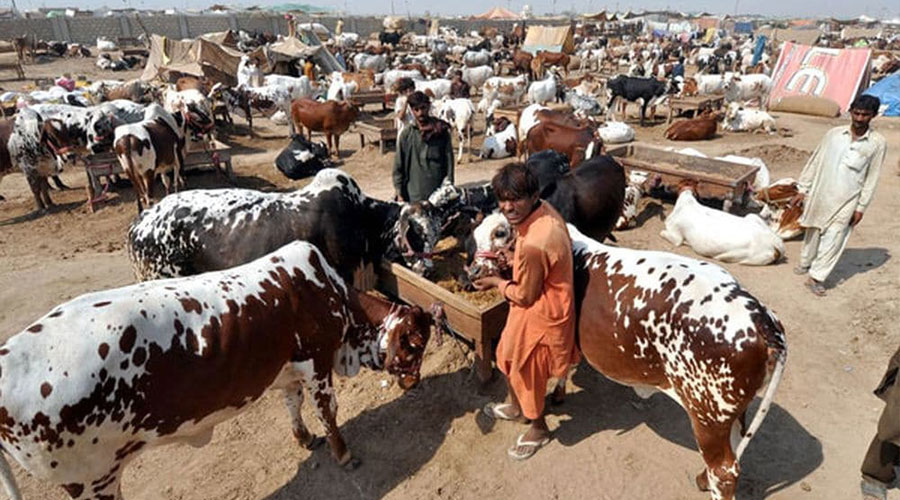 The federal government on Thursday announced three days of holidays for Eidul Azha from July 31, Friday to August 2, Sunday.

On Thursday, Public holidays were announced by the government Interior Ministry. According to the notification, there will be 3 days of public holidays from 31st July to 2nd August.

Ministry of Religious Affairs and Inter-faith Harmony announced after MOON was not sighted by the Central Ruet-i-Hilal Committee that Eidul Azha will be observed and celebrated on August 1, Saturday across the country.

According to the notification by the ministry, the commencement of Zilhaj month would be on 23rd July.

Minister for Planning, Development and Special Initiatives Asad Umar has also warned after chairing the NCOC meeting today that the next 10 days are very crucial and any negligence by the people during the Eid celebrations could hamper the declining trend of novel coronavirus cases in the country.

Moreover, Prime Minister Imran Khan appealed to the nation to celebrate Eidul Azha simply by considering precautionary measures and so in this way there would be fewer chances of coronavirus spread.

He said, “The virus spreads rapidly when a large number of people gather. Carelessness on Eidul Fitr in May had led to a spike in cases in Pakistan. If we are careless on Eidul Azha, the virus could spread again and there could be a fresh spike in the number of infections. Hospitals will come under pressure again. So I’m appealing to you all to mark this Eid with simplicity.”

PM further said that the government had formulated SOPs for Eid where it is properly guided of how to carry out animal sacrifices. He added. “I appeal to the entire nation to observe Eid with simplicity — for the sake of your country, its economy, and especially the elderly and at-risk members of the society.”

However, PM appealed the same on Eidul Fitr after which case spread rapidly across the country and now cases are declining. If this Eid is celebrated under the standard operating procedures issued by the government, cases would decline more and viruses may end by the end of this year.