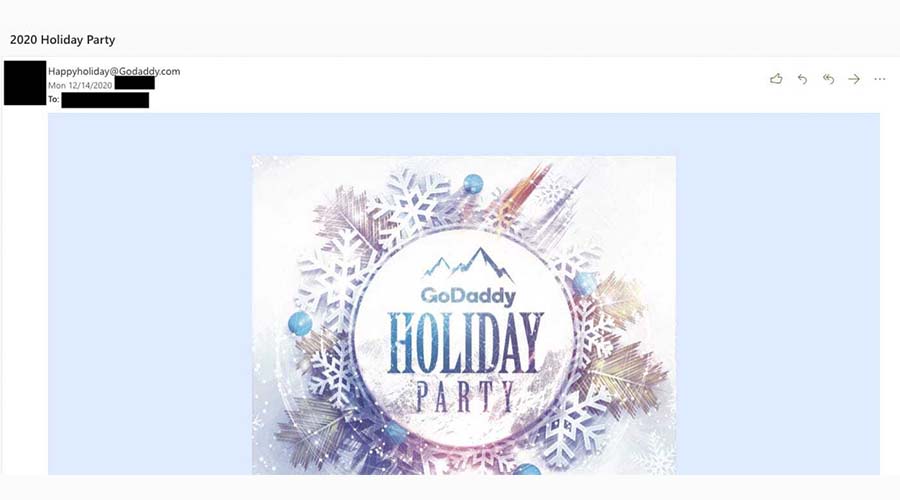 GoDaddy sent several employees an email claiming that they would get a holiday bonus, only for it to be a hoax that the company set up to test staff.

GoDaddy, a US based giant domain management company apologized after an email was sent that assured its workers a Christmas bonus in the middle of economic downtown which turned out to be a security test against its employees.

GoDaddy, the largest internet domain management platform in the world spokesperson told in a statement that “The Security of our platform is very vital for the company. We recognize that some workers were offended by the phishing attempt and thought that it was inappropriate, for which we apologized.”

“The test was just an attempt to picturized the real attempt while working, hence we need to be improved and be more responsive to our staff” the Arizona-based company added.

Around 500 workers clicked on an email from GoDaddy company in December offering a $650 Christmas bonus and requesting them to fill out a form with their personal information.

A new message appeared in their inboxes two days later.

According to Arizona’s Copper Courier newspaper, the email from GoDaddy’s security chief read, “You are receiving this email because you failed our recent phishing test.”

The phishing technique, which is commonly used by computer hackers, sees emails pretending to be an entity known to the intended target in order to acquire data to penetrate their computer systems.

GoDaddy employees were recently duped by hackers and they tricked them into handing over the ownership rights and control of numerous cryptocurrency services and web domains.

As millions of Americans have been hit hard by the economic downturn linked to the coronavirus pandemic, the test email caused outrage on social media.