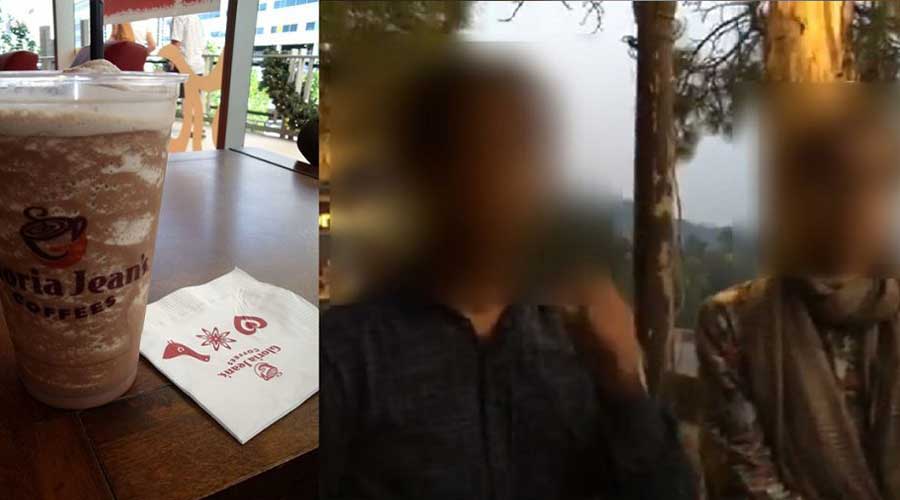 A very disturbing and shocking incident took place at the Murree Expressway a pregnant lady and her family were allegedly attacked, tortured and abused by some member of the Gloria Jeans.

The video of the incident went viral on social media where a pregnant wife and his husband are seen getting attacked by the Gloria Jeans staff. The video sparking outrage from the public and they demanded an immediate arrest of those involved.

Read more: This Girl In Karachi Was Denied A Bike License Because Of Her Gender

Such kinds of cases keep coming on a daily basis and it looks like the country is falling more towards chaos. The citizens of Pakistan are still cursing the Lahore motorway gang-rape assaulters, this terrible video pops up from Murree Expressway in which you can see a young couple being assaulted and mistreated by a local mob at Gloria Jeans.

The event took place on September 12 and it’s the hotel staff and management who is seen beating its customers. In the video, the man can be heard shouting that his wife is pregnant but that did not stop the brutality of the locals and kept jostling and torturing the man and pregnant lady who was also carrying a child.

Gloria Jeans Pregnant Lady According to some sources, the Gloria Jeans management attacked the couple after they told the family to not use the washroom, however, some people also claimed that the customer shared some punitive words with the staff.

After the incident, the couple went to THQ Hospital for the treatment, and the chief minister of Punjab Sardar Usman Buzdar also took notice of the incident that happened at Murree Expressway.

The CM Punjab Usman Buzdar has instructed Rawalpindi Police to initiate the investigation and make a report of the event and submit in the CM office. The Police acted immediately and managed to arrest the suspects involved in the violent attack.

Murree is infamous for the hotel mafia and how terribly they treat their customers and tourists. It is a remarkable achievement by Punjab Police that they identified the culprits and captured them. However, a strong preventive measure must be taken to tackle these kinds of situations.