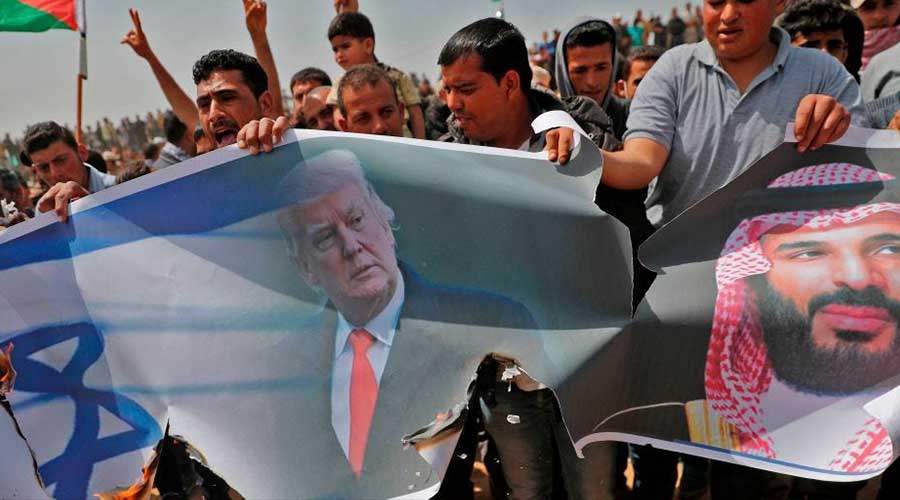 After formalizing ties with UAE and Bahrain, there are signs Saudi Arabia is preparing its people to warm to Jewish people and their nation Israel.

When the world renowned Imam e Kaaba Sheikh Abdul Rahman Al-Sudais called this month for Muslims to avoid “passionate emotions and fiery enthusiasm” towards Jews, it was a marked change in tone for someone who has shed tears preaching about Palestine in the past.

US President Donald Trump said during the signing of the ‘historic’ Abraham Accords he believes Saudi Arabia will follow Bahrain and the United Arab Emirates (UAE) in fully normalizing ties with Israel, announcing that after speaking with King Salman, he thinks the country will do so “at the right time.”

During the signing of the Abraham Accords yesterday in the White House, Israeli PM Netanyahu labeled the agreement as a “pivot of history”, signaling a new beginning. “For thousands of years the Jewish people have prayed for peace. For decades, the Jewish state has prayed for peace and this is why today we are filled with such profound gratitude,” he said.

“You have heard from the president that he has already lined up more and more countries. This was unimaginable a few years ago. But with resolve, determination, a fresh look at the way peace is done, this is being achieved,” PM Netanyahu said.

The Jewish Prime Minister expressed that Israel is keen to invest in a future of prosperity, success, and peace.

“We’ve already begun to cooperate on combating coronavirus and I am sure that together we can find solutions to many of the problems that afflict our region and beyond,” Netanyahu said.

The UAE Foreign Minister Abdullah bin Zayed stated that the country is observing a change in the political dynamics of the Middle East, which will provide hope all around the world.

“We are witnessing today a new trend that will create a better path for the Middle-East,” Zayed said.

Further adding, “This peace accord which is a historic achievement for the United States of America, the state of Israel and the United Arab Emirates will continue to have a positive impact as we believe that its reverberations will be reflected on the entire region, every option other than peace would signify destruction, poverty, and human suffering.”

“This new vision which is beginning to take shape as we meet today for the future of the region for love, youthful energy is not a slogan that we raise for political gain. Everyone looks forward to creating a more stable prosperous and secure future,” the minister said.