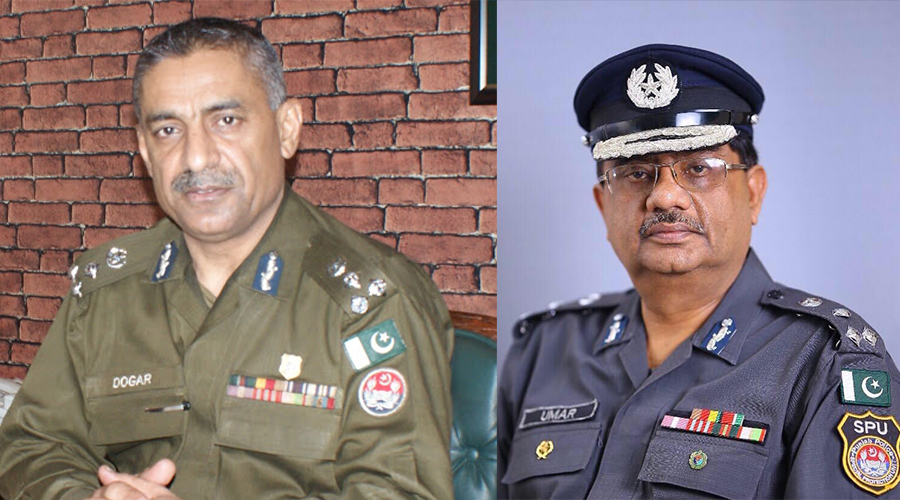 The Punjab government removed DIG Umar Sheikh from the post of capital city police officer (CCPO) Lahore months after he was appointed on the position following much controversy.

On Friday, the Punjab government removed Umar Sheikh from the post of Lahore Capital City Police Officer and Ghulam Mehmood Dogar has been appointed the new CCPO Lahore. Notification in this regard has been issued.

The police officer’s transfer was authorized by Punjab Chief Minister Usman Buzdar. He has now been posted as deputy commandment Punjab constabulary in Farooqabad.

The notification says that Sheikh has been transferred “with immediate effect”. He has been posted as the DIG/Deputy Commandant.

The issued notification by the Punjab Services and General Administration Department and signed by the chief secretary says: “Muhammad Umar Sheikh (PSP/BS-20), Lahore Capital City Police Officer (in his own pay and scale) is hereby transferred with immediate effect and posted as Deputy Inspector General of Police/Deputy Commandant, Punjab Constabulary, Farooqabad against a vacant post.”

Whereas, the same notification said Dogar (PSP/BS-20), who was previously serving as DIG Technical Procurement, Punjab Central Police Office, “is hereby transferred with immediate effect and posted as Capital City Police Officer, Lahore (in his own pay and scale)” in place of Sheikh.

Umar Sheikh remained in controversies during his tenure as CCPO Lahore, especially after his statement in the Lahore Motorway gang-rape case.

He was then summoned by the Lahore High Court (LHC) over his controversial statement, where he had tendered an unconditional apology before the court.

Sheikh’s appointment as Lahore’s chief police officer came on September 8. However, soon after his selection was authorized, then Inspector General Punjab (IGP) Shoaib Dastgir was removed from his post by the Pakistan Tehreek-e-Insaf-led provincial government after he refused to work with Umar Sheikh.