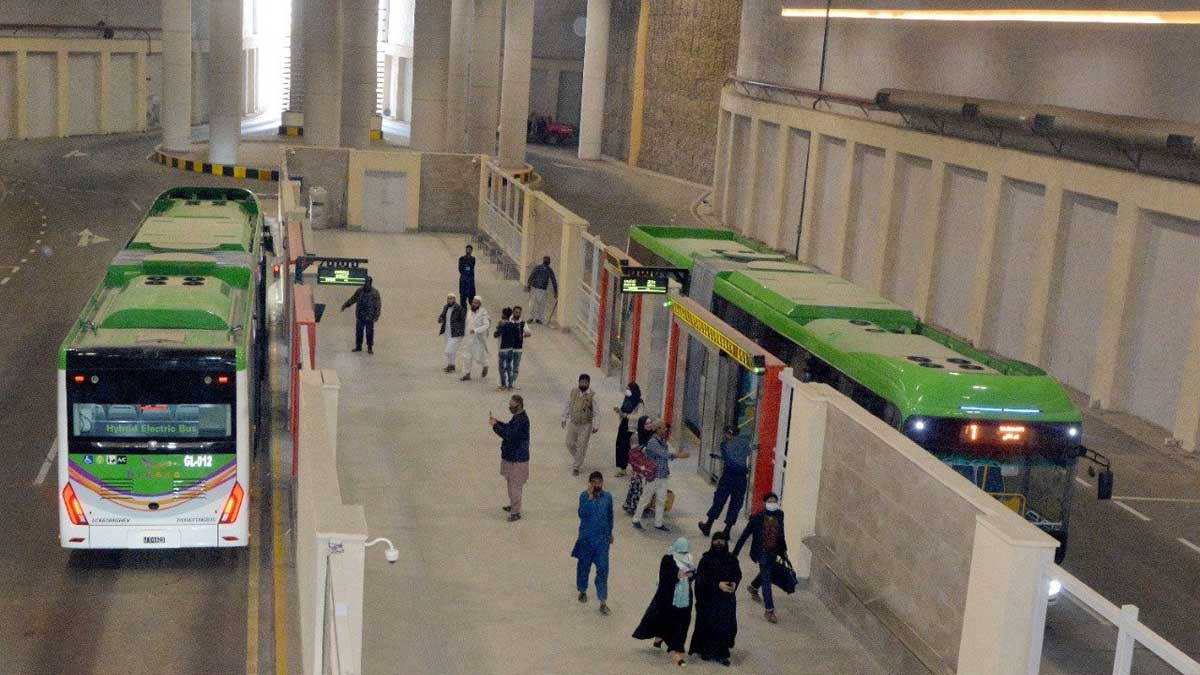 The Green Line Bus service has become fully operational, 80 buses could be spotted moving around from 7am till 10pm.

The service was fully started on Monday. Inside the entrance, one will have to head downstairs to a two level basement and will find the ticketing area on a first level. Moreover, one can buy tickets in two ways one of which is going to the ticketing booth and pay Rs 55 for a ticket for whether you are travelling to the station ahead or to all 22 stations.

However, another better and economical way is to buy a Rs 100 card which can be topped up. As you reach a station to get off, the machines there will deduct your fare as per kilometre of your travelling.

During the first three days of the service going fully operational, a total of 81,000 passengers benefited from the service. 20,000 travelled on the very first day, followed by 29,000 on next and 32,000 on the third day.

Later, there will be more options for buying tickets.

According to Abdul Aziz, the senior manager (bus operation and intelligence transport system) of the Sindh Infrastructure Development Company Ltd (SIDCL), “You will also have the option of buying tickets through vending machines, which we will be made functional in a week or so. And within two to three months there will also be point of sale or POS machines attached to the vending machines as these can charge you through your credit or debit cards.”

SIDCL official said that they had tried to replicate UK’s bus system here.

Telling more about the vending machines at the bus stations here, he said, “The vending machines, when fully operational, will issue tickets as well as top-up cards, which will help lessen human interaction in a Covid environment. Still, the less tech savvy can go to the ticketing booth,” he said.

“There will also be another option of topping up your bus cards through your mobile app, which is also going to begin in a couple of months. Your card will carry a unique ID number that you can enter to top up through your credit or debit card, Easypaisa, etc, right from the comfort of your home,” he added.