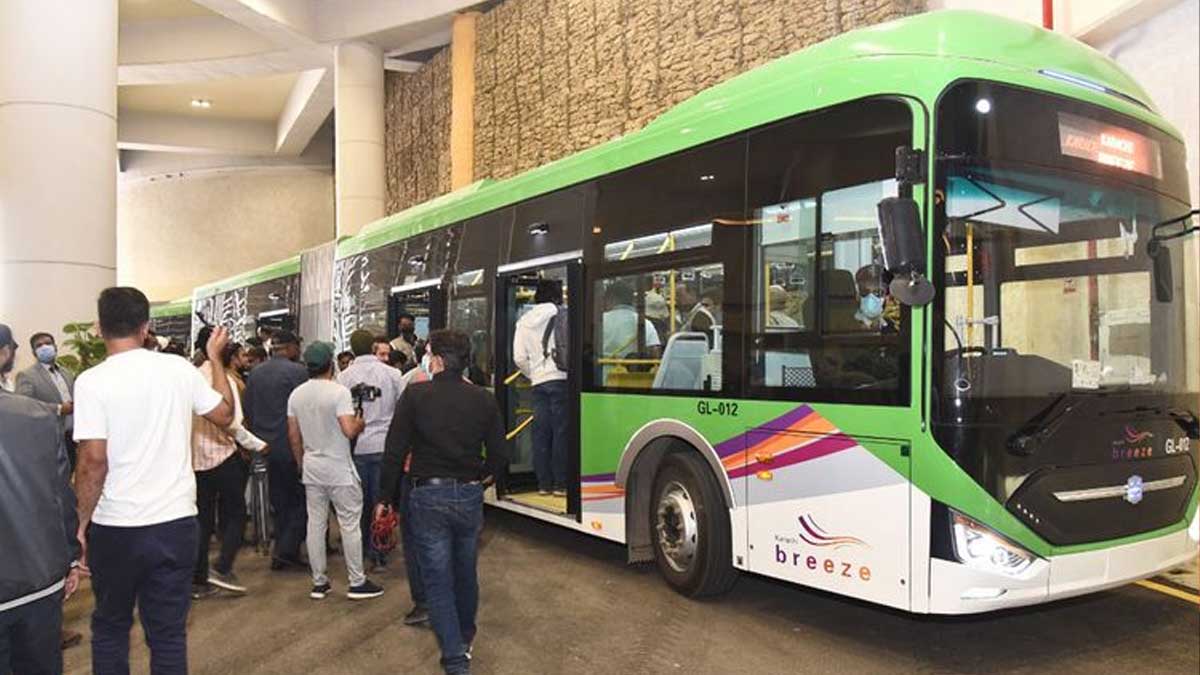 Prime Minister Imran Khan has officially initiated the Green Line Bus Rapid Transit project in Karachi, a ray of hope for the residents as they are fed up with their notorious public transport woes.

The premier reached Karachi earlier in the day and chaired the ceremony along with the senior officials, including and federal Planning Minister Asad Umar and Sindh Governor Imran Ismail.

Moreover, Prime Minister Imran also visited a bus station, where he examined the infrastructure and was also informed about how the ticketing system works.

While speaking to the inauguration ceremony, the premier acknowledged Umar and the Sindh Infrastructure Development Company Limited (SIDCL) “for pursuing this project with utter determination”.

“No modern city can function without modern transport,” he said, quoting the instance of immensely inhabited Chinese cities with real public transport facilities.

Calling Karachi “Pakistan’s engine of growth”, he stated the metropolis’ affluence had an optimistic influence on the entire country.

However, Prime Minister Imran lamented that transport disputes of Karachi were never paid heed to. “I have been seeing Karachi for 50 years. We have seen its transformation into a cave because we did not focus on its administration,” he said.

While citing the instance of the Iranian capital, he conveyed however the country was under US endorsements, Tehran had contemporary facilities due to its efficient management.

“Tehran collects $500 million [in revenue] and spends it through planning. In comparison, Karachi doesn’t even collect $30m,” he noted.

“By Aug-Sept 2023, we will be supplying water to Karachi from Keenjhar lake,” he said.

“Our population is growing. We are building a modern city named Ravi City in Lahore and taking care of the environment there,” Imran said.