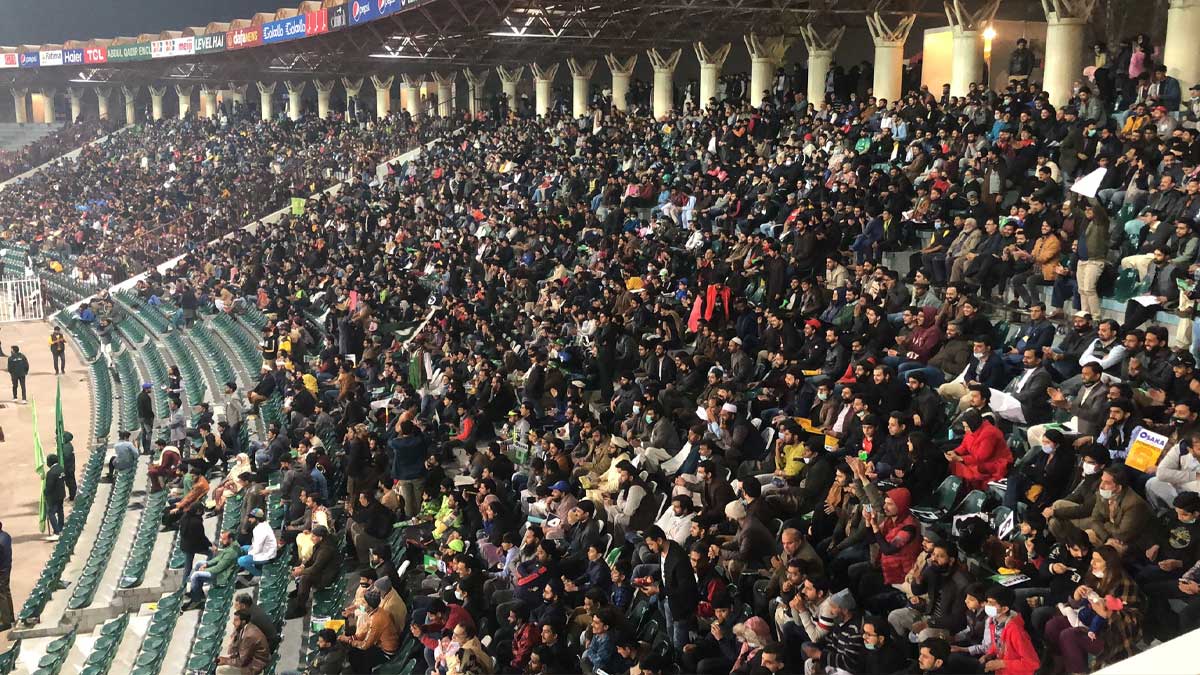 Ramiz Raja, Chairman of the Pakistan Cricket Board (PCB), applauded the National Command and Operation Centre’s (NCOC) decision to increase crowd volume from 25% to 50% during the ongoing PSL Lahore leg matches.

Raja said in a statement that he hopes the stadium will be packed with a “decent audience.”

The PCB president expressed hope that the Lahore leg matches will be as enjoyable as the Karachi leg matches, but noted that the authorities had created a master plan for cricket fans during PSL 7, but that it could not be implemented due to COVID-related limitations.

The NCOC announced on Monday that 50 percent completely vaccinated individuals would be permitted at the Gaddafi Stadium till February 15, and 100 percent fully vaccinated people will be welcomed starting February 16.

The Lahore leg matches, which will be at Gaddafi Stadium, will begin on February 10 with the undefeated Multan Sultans taking on the Peshawar Zalmi.

“If the pitches are not acceptable, the level of cricket will not be good,” he remarked, referring to the pitch conditions.

He stated that he personally observed the pitch preparation and that he will do his best to make excellent pitches.

“Only quality pitches can turn us into a great team,” Ramiz Raja emphasized.