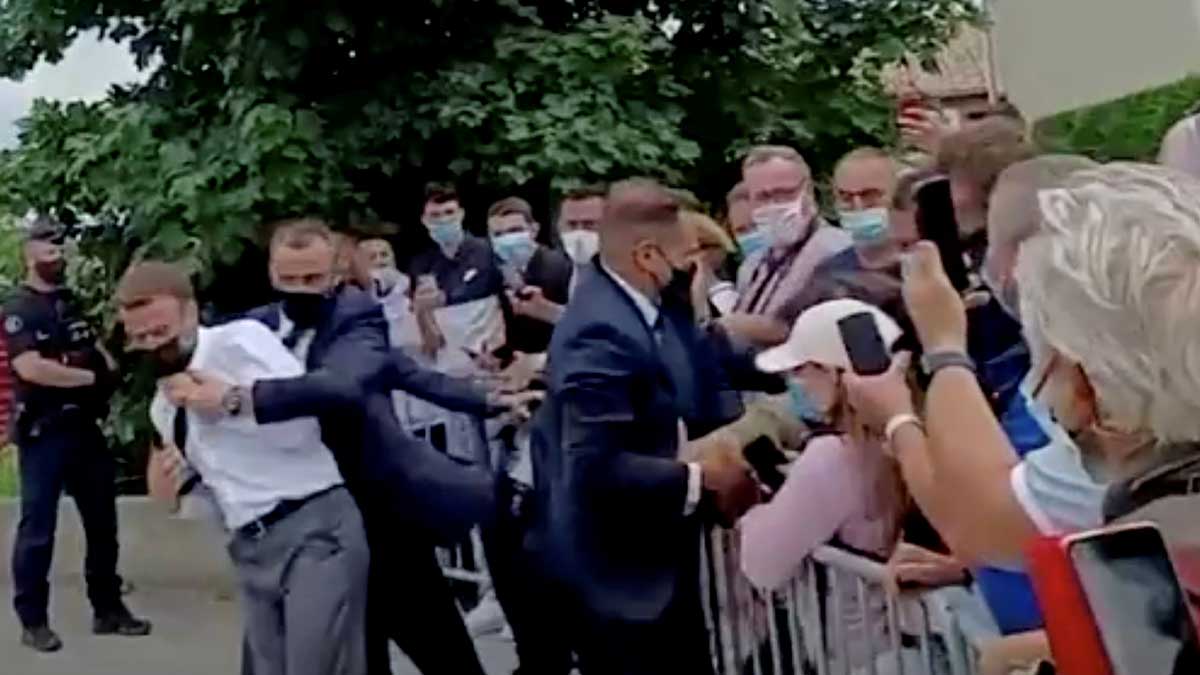 During a journey to southeast France on Tuesday, on the second stop in a nationwide tour, a bystander slapped French President Emmanuel Macron across the face.

Macron approached a barrier to greet a guy who, instead of shaking hands, slapped the 43-year-old on the face, according to images on social media and shown on the BFM news station.

Macron’s security reacted promptly, and two people were arrested as a result, according to local officials.

“The gendarmerie is presently questioning the man who attempted to slap the president and another individual,” the regional prefecture said in a statement.

The incident in the Drome region’s village of Tain-l’Hermitage is a severe security breach that overshadows Macron’s tour, which he stated was aimed to “take the country’s pulse.”

The president came out of his car after visiting a high school because people were calling out to him, according to the prefecture.

It went on to say, “He went to meet them, and that’s where the incident occurred.”

Macron will continue to meet public despite slap

French President Emmanuel Macron will continue to greet crowds during his travels despite a security scare that saw him slapped by a man in the south of France, a government spokesman said Wednesday.

Macron shrugged off his assault on Tuesday in the village of Tain l’Hermitage, calling it an “isolated event” and “stupidity”, and he went to chat with and fist-bump onlookers later in the day in the nearby town of Valence.

Macron is largely expected to run for re-election in next year’s presidential elections, and polls show him leading far-right leader Marine Le Pen by a slim margin.

After more than a year of crisis management connected to the Covid-19 outbreak, Macron was eager to meet voters in person and had planned a dozen stops over the next two months.