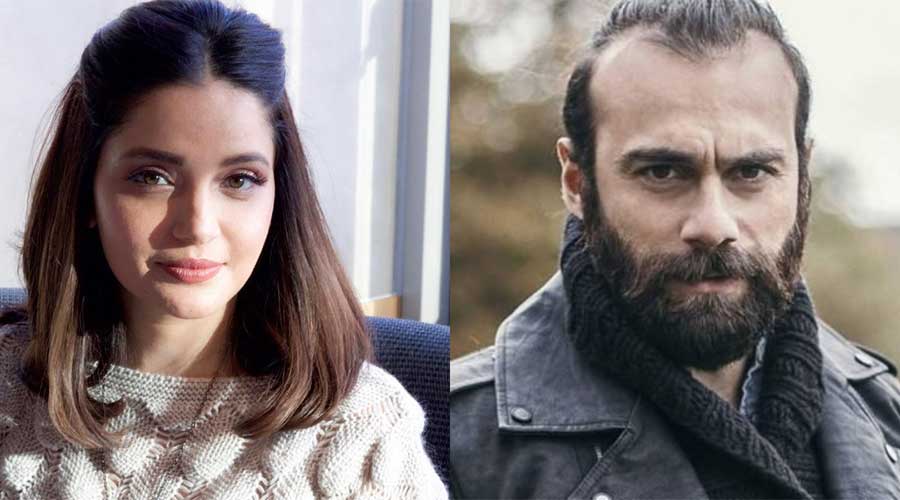 Dirilis Ertugrul’s actor Cavit Cetin Guner aka Dogan Alp has arrived in Pakistan and his fans are super excited to meet him. People are also expecting Pakistani actors and actresses to give Turkish actors special respect like Humayun Saeed, Shahid Afridi, Ayesha Khan, etc but some of the country’s actors are not interested rather are too direct to say NO to meet Cavit Cetin Guner like Armeena Khan.

Pakistani actress Armeena Khan seems to be “not interested” in meeting the Turkish star. One of her fans suggested her to host a meet and greet with Cavit Çetin Güner, to which the Janaan actress replied, “Umm, welcome to him and may he have a great time with you his fans. But why would I do that? Mera rishtaydaar tow nahi hai? Begaani shaadi mein Abdulli dewaani? No offense to anyone.”

Her straight big NO is quite offensive for many of his fans and many are predicting it as jealousy because recently, a Pakistani actor\host was seen insulting and defaming the series’ actors by posting strange comments. Yasir Hussain has reduced his fan following and now people are not accepting him\her whoever is trying to defame the Turkish actors.

Armeena Khan blunt reply to meeting Cavit Cetin Guner soon took over the internet and fans of the drama began to bash her and even she is being compared with Yasir Hussain. One of her fans commented, “unexpected this from you, Yasir Hussain na banen, kho bahen gi izzat. Ap meri favorite ho but.”

But Armeena handled the situation wisely and said, “Really? If you’re going to disrespect me over other actors then you never respected me in the first place. Now go about your business and don’t you dare threaten me again! I’m here for my fans not disrespectful, seasonal people like you. Idiot.”

Now the situation is getting out of hands as Pakistanis are becoming bigger fans of Turkish actors than of Pakistan’s and many Pakistani actors are not tolerating it.