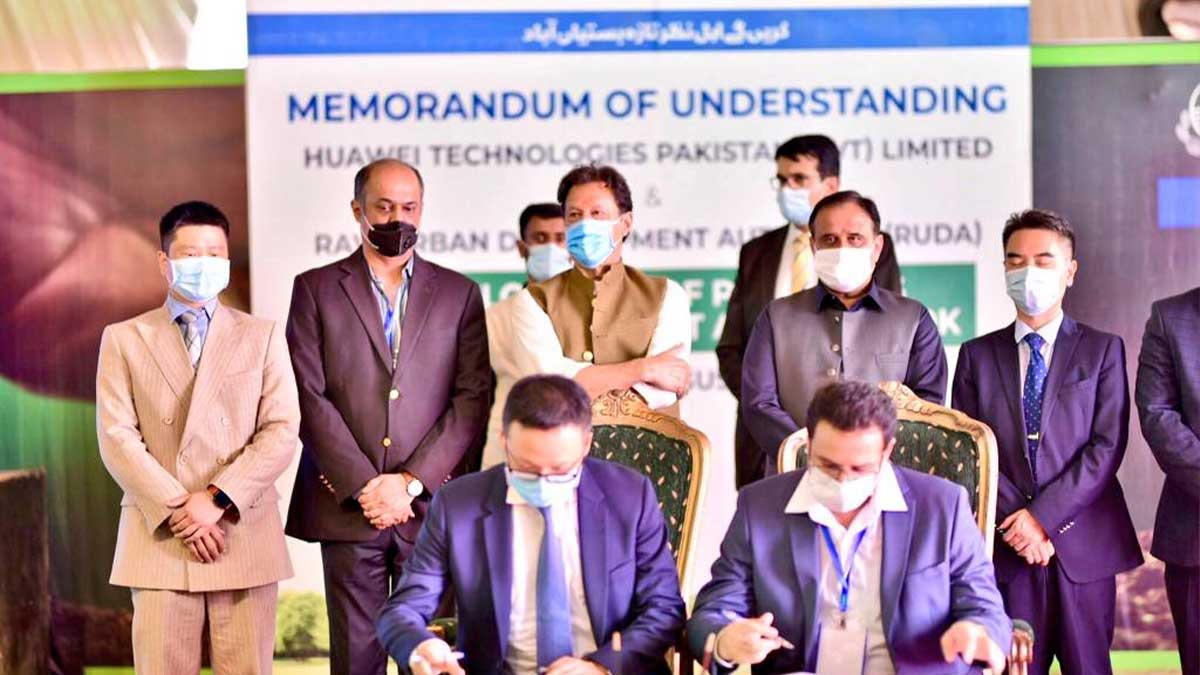 Pakistan’s first smart forest in Rakh Jhok Forest, Sheikhupura has been inaugurated as part of Ravi Riverfront Urban Development Project, will contribute an estimated $40 billion to the country’s economy.

On Wednesday, Prime Minister Imran Khan inaugurated Pakistan’s first smart forest in Rakh Jhok Forest, Sheikhupura. While addressing the forest’s inauguration ceremony, the premier called the Ravi Riverfront Urban Development Project “one of the biggest projects in Pakistan’s history”, he added that the project would address a host of issues, contribute an estimated $40 billion to the country’s economy and create around one million jobs.

Read more: Over 50,000 saplings, trees to be planted under monsoon plantation drive

According to the report, the smart forest project will function via sensors and a surveillance system.

PM also said that it would be the one that would significantly contribute to addressing environmental and other challenges faced by the country. For this reason, he said, the project held significance for the entire country.

“This will be an exemplary project,” the prime minister said. “It will change Pakistan and its environment.”

Smart forest to be monitored through technology

He further shared details regarding smart forest, the technology would be used which will monitor the growth of almost every plant under this scheme. He added that relevant authorities would be intimated via sensors if a tree was being cut down.

“Ten million trees will be planted [in the smart forest] through proper planning for the first time in Pakistan.”

Moreover, there will be three barrages to be built on Ravi River under the Ravi Riverfront Urban Development Project, consequently, the level of groundwater, which was dropping, would rise and once the construction of the project was started, other related industries would also get a boost.

The premier also addressed the chief minister, he said, “I know that your team will come across multiple challenges in the execution of this project, but you should remain prepared to address all of them and see through the project.”

He clouded, “If we want to leave behind a better Pakistan for our future generation, we must make our country green.”