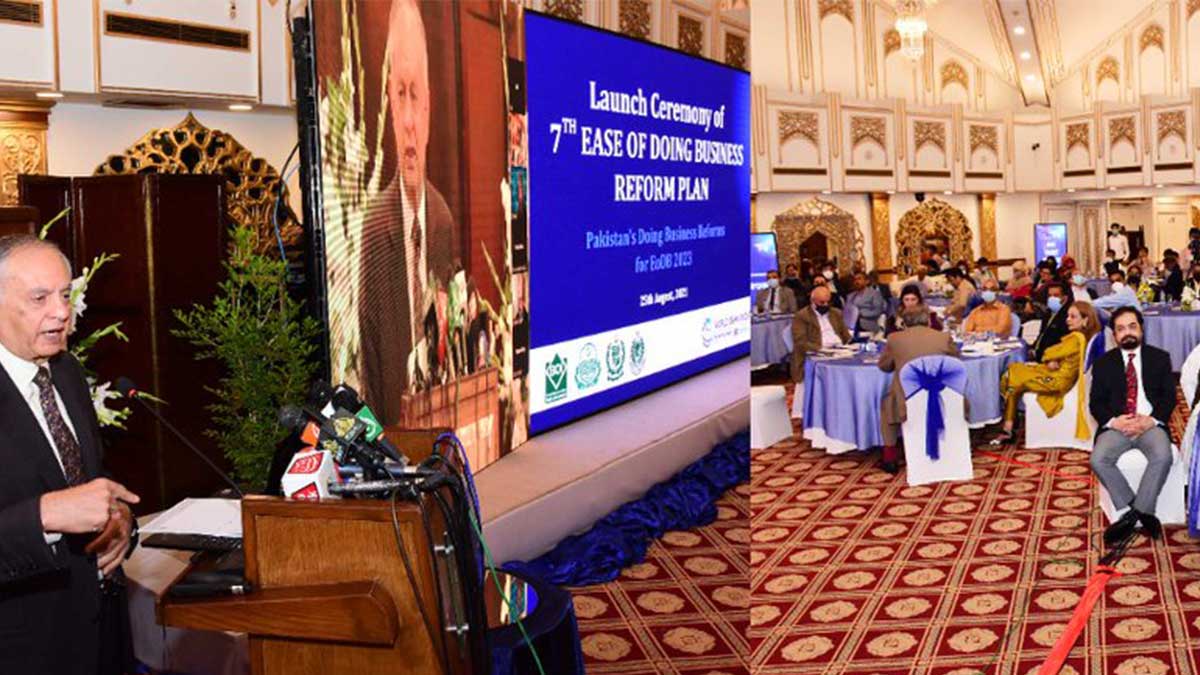 While addressing the launching ceremony of Seventh Reform Action Plan organised by the Board of Investment (BoI), the adviser to the prime minister said “Improving Pakistan’s Ease of Doing Business (EoDB) ranking will boost foreign investment in the country.”

“Pakistan’s rise in the last two years from 148 points to 108 points in the World Bank’s EoDB rankings report is a milestone in the growth of foreign investment in the country,” he said.

“One of our main areas is to work on improving the country’s EoBD ranking to provide a better business environment for foreign and local investment in the country. Besides this the government is also committed to decrease the cost of doing business in the country,” he added.

He further said that the country has moved from de-industrialization to industrial growth and now all industrial units are moving ahead in manufacturing. Moreover, the government has given more priority to exports and for this, every possible facility will be provided to the industry to increase production to record levels.

Meanwhile, BoI secretary Fareena Mazhar said that so far Pakistan has implemented six reforms action plans. “Today we are gathered here to launch the seventh plan which is focused on improvements in firm entry regulations, reliability of electricity, tax regulations, trade regulations, creditors rights, better property rights, and court efficiency etc and reforms in these areas play a major role in the process of economic development,” she said.