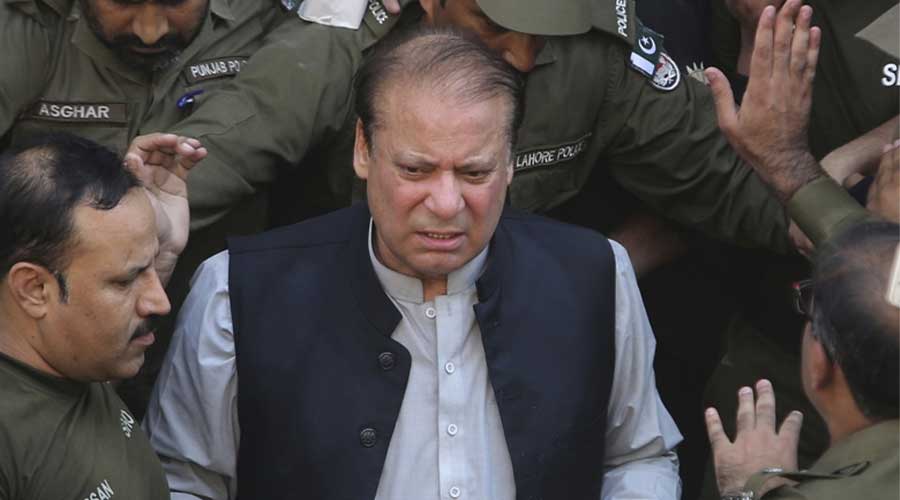 On Tuesday, the Islamabad High Court (IHC) said that the federal government responsible for bringing ex-Premier Nawaz Sharif back as it allowed a convict to go abroad without informing the court hence now it was up to it to take steps to ensure the PML-N Supremo returns to the country.

Additional Attorney General told the court, “A man named Yaqoob refused to receive the warrants,” he added that High Commission afterward sent them through the Royal Mail the next day.

As per the statement of additional AGP, the consular attaché Rao Abdul Hanan at the Pakistani High Commission in London visited Nawaz Sharif’s residence.

He said that the government put the name of Nawaz on the Exit Control List and then it was removed later. “The government should have at least informed this court,” the judge said. “We have to make a decision on the appeal and we are waiting for the appearance [of the convict].”

The IHC lamented, “Once inquiries begin, the names of the suspects are added to the ECL. Here, however, [the court] is not even informed, let alone sought permission from, about a convicted man being sent abroad. We will not pass an order seeking the return of a convicted man. You gave him permission to go abroad hence it’s up to you now to take steps to ensure his return.”

Added, “In Pakistan, a convicted man left the country and no one bothered to ask or tell the court.”