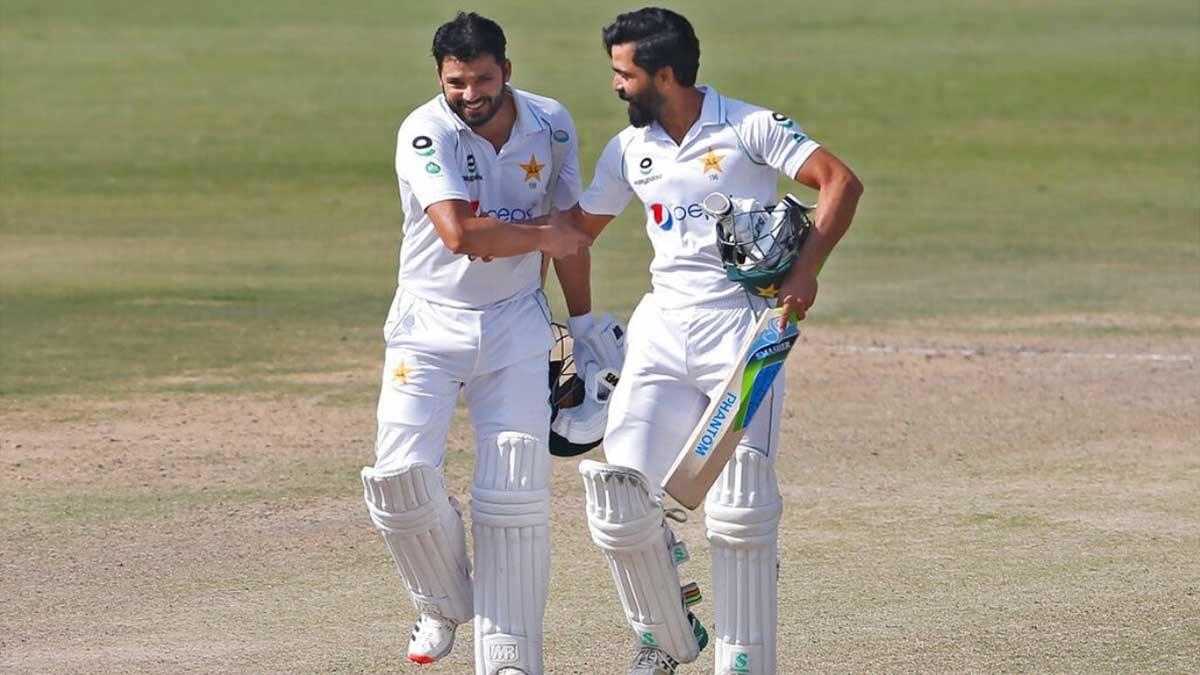 Fawad Alam, the left-hander became the quickest Asian batsman to score five Test centuries when he hit an unbroken 124 on day three of the ongoing second Test between Pakistan and the West Indies.

Alam took only 22 innings to achieve the milestone, which was previously held by Cheteshwar Pujara of India, who needed 24 innings to do it.

In addition, the 35-year-old has eclipsed renowned former Indian captains Sourav Ganguly and Sunil Gavaskar, both of whom had five Test hundreds in 25 innings.

After a thrilling one-wicket victory at the same stadium last week, the hosts lead the two-match series 1-0.

With the second day already ruined by rain, Alam emphasised the importance of Pakistan knocking West Indies out as quickly as possible on day four.

“We need to bowl them out on a low total as soon as possible,” Fawad added. He was saying after the third day’s performance. “If we achieve this, we will be in a wonderful position in the second innings.”

The left-handed batsman described the playing conditions as “very difficult.”

“It was quite difficult out there, and what Babar and I accomplished on the first day was crucial,” Fawad Alam said.

He also dedicated his defiant innings to his parents. “When you score a century for your country, you always feel proud, therefore I am quite thrilled right now,” he remarked.

“My father has always been a source of inspiration for me. He advised me to keep trying because my time would come, and it has, and I am making the most of it.”

On day three of the tournament, the 35-year-old made an undefeated 124.