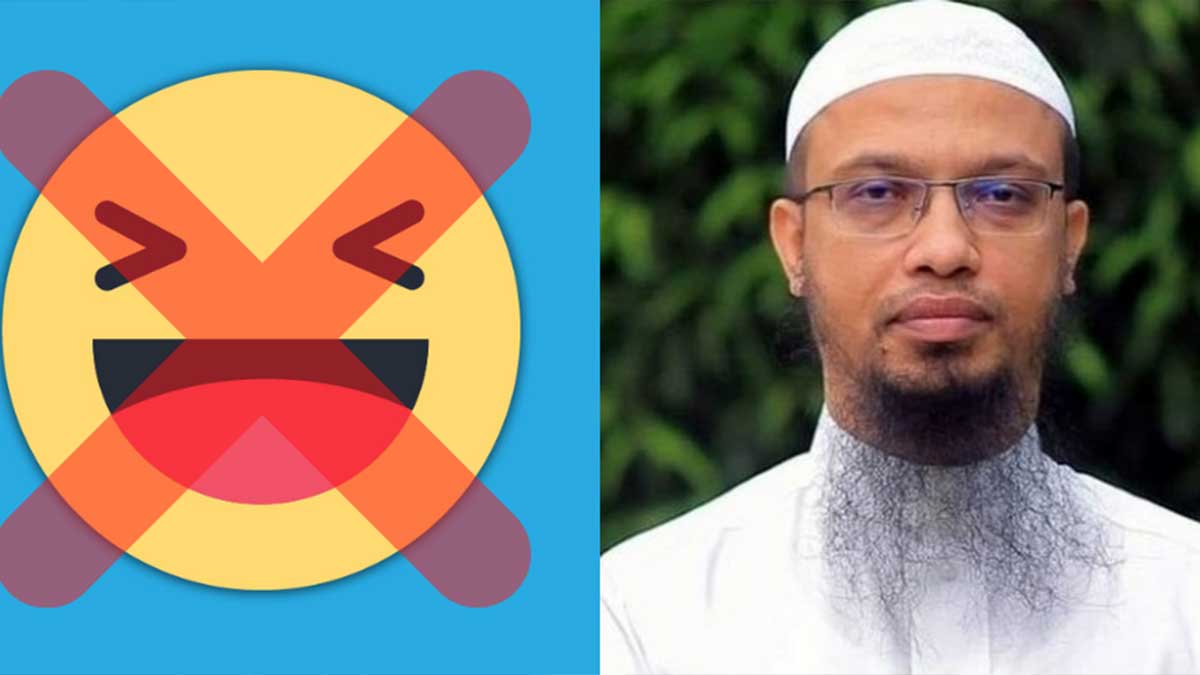 A prominent Muslim Bangladeshi scholar with a big online follower has issued a fatwa prohibiting individuals from mocking others on Facebook using the “haha” emoji.

Ahmadullah, has over three million Facebook and YouTube followers. He appears on television programmes on a regular basis to debate religious concerns in the Muslim-majority country.

He released a three-minute video in which he addressed Facebook mockery and issued a fatwa, declaring it “absolutely haram (forbidden)” for Muslims.

“These days, we use Facebook’s haha emojis to tease people,” Ahmadullah stated in the video.

“It’s fine if we react with haha emojis just out of amusement, and the same was intended by the person who submitted the video, However, if your reaction was intended to criticise or humiliate those who posted or made comments on social media, it’s completely forbidden in Islam.”

“I implore you to desist from this conduct for the sake of God.” To mock someone, do not respond with a ‘haha’. If you offend a Muslim, he may retaliate by using foul words, which would be unpleasant.”

Thousands of his followers reacted warmly to his video, however a few hundred mocked it by posting the “haha” emoji.

Ahmadullah is one of Bangladesh’s newest generation of internet-savvy Islamic clerics, with millions of online followers. He regularly appears on television shows to talk about religious issues in Bangladesh.

Their religious and social commentary videos are extremely popular, with millions of views per video.