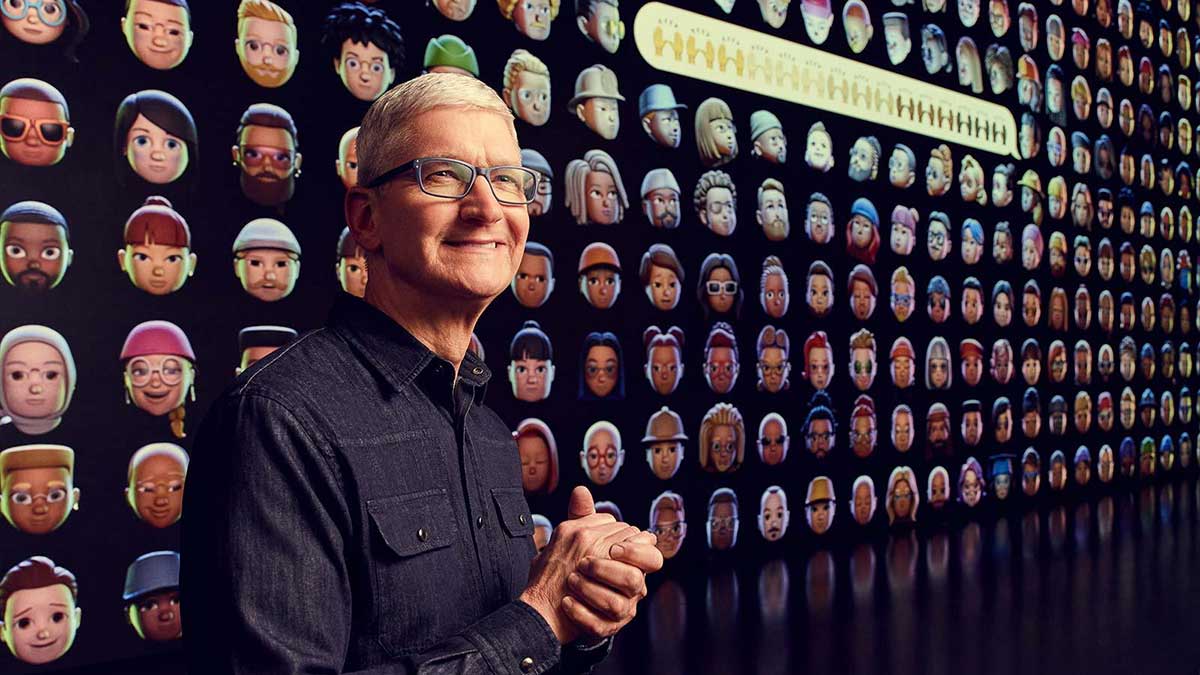 Due to the coronavirus pandemic, this year’s WWDC keynote of Apple was conducted virtually, just like last year’s. This time, the company is releasing upgrades for iOS 15, iPadOS 15, watchOS 8, and macOS Monterey across its whole network. Other noteworthy announcements include Siri’s arrival on third-party devices, Apple Home keys, which allow you to unlock your door with your iPhone, and Universal Control, which allows you to access your Macs and iPads from a single location.

The event‘s main attraction was iOS 15 and all of the new improvements it would bring. Improved FaceTime with spatial audio, voice separation, and a new grid layout is one of the features. FaceTime Links will also be available, allowing you to schedule calls with people using Android and Windows 10 PCs. Other features include Portrait Mode, which blurs your background, and SharePlay, which allows you and others to simultaneously watch or listen to the same TV show, movie, or song.

The Messages app is also getting some tweaks, including a new “Shared with You” feature that tracks material shared within chat threads. This will work with photographs and stories in Apple’s News app, as well as Apple Music and Apple TV playlists and shows.

There’s a new Focus mode that helps you match your device to your present attitude, so it’ll only display you work-related apps when you’re at “work.” Focus suggestion is another feature that will bring up certain options based on your location.

A new notifications summary, a Live Text feature that can record text in photographs, a new higher-res Weather app, and Wallet support for ID cards are among the other enhancements. More details, custom-designed landmarks, a night-time mode, precise road lanes for cars, a vastly better transit interface, and 3D walking directions with AR will all be available in Apple Maps. Apple also announced that Safari on the iPad and iPhone will support browser extensions.

Apple Airpods and other audio improvements

Aside from the new operating systems, Apple also stated in the WWDC 2021 keynote that the AirPods Pro would now include a “Conversation Boost” feature that functions as a hearing aid for those with “moderate hearing loss.” They’ll also get a new “Announce Notifications” option that syncs with the previously stated Focus settings in iOS 15. It will read priority notifications, broadcast items such as a grocery list, and much more.

It now syncs better with the Find My app and will alert you if you’ve forgotten your AirPods. Apple is also bringing spatial audio compatibility to the Apple TV for AirPods Pro and AirPods Max, which is a significant upgrade for the over-ear headphones.

The themes from iOS 15 are carried over to the new iPad OS, but in a much larger format. The app library is now available for iPad and is placed right into the dock, which is one of the most significant upgrades. You can more easily manage pages, and there’s a new multitasking option that lets you show an app full-screen, split view, or slide over.

You may now slide up from the bottom to see a new “shelf” that displays all of an app’s windows. Other features include the option to @ message someone in a shared note and the option to organise them using hashtags. There’s also a feature called Quick Note, which allows you to rapidly scribble down a note by swiping from the corner of the screen with an Apple Pencil.

Siri’s voice-recognition capabilities are now available on-device, allowing it to function without a WiFi or Internet connection and alleviating some privacy worries. Other privacy enhancements include “Mail Privacy Protection,” which hides users’ IP addresses and location information and prevents software from tracking whether or not a message has been opened. If users want to keep their email address private, they can use the Hide my Email option, which allows them to share random email addresses.

New app privacy reports have also been created by the firm, which will provide you with more transparency into how third-party apps use your data. It will provide information such as how frequently each app uses GPS access, the camera, the microphone, and other features. Finally, if you have iCloud+, a new iCloud Private Relay service employs two Apple proxy servers to prevent your service provider or others from seeing what websites you’re browsing.

Universal Control, an enhanced version of Apple’s Continuity that enables you utilise a keyboard and mouse between Macs and iPads, is one of the most important innovations of macOS Monterey. The devices are unique in that they feature spatial awareness, allowing you to move your mouse across many displays without having to tell the computer where they are. All of the configuration work, according to Apple, takes place within the OS.

AirPlay to Mac, smaller tabs and new tab groups in Safari, and the option to design your own Shortcuts are among the other features.

A new Portraits watch face featuring Portrait-mode photos and a simpler method to respond to Messages via Scribble mode and the Digital Crown are two non-health-related enhancements. You can even send a gif in response to a message.

In addition to adding new health and wellness capabilities to watchOS, Apple has announced an update to its Health app with a few additional capabilities during the WWDC 2021 keynote. You can now share your health information with doctors and family members, making it easier for you to monitor the health of your older relatives.

Walking Steadiness is another crucial new feature that analyses changes in gait and balance and rates your risk of falling. If there is a risk of falling, the app will notify you and your contacts. Last but not least, there’s a new Trends tool that can figure out your health’s long-term tendencies across several measures.

You could already use your iPhone and Apple Watch as a digital car key, but iOS 15 now allows you to use them as a Home Key as well, as long as your smart lock is compatible. You’ll also be able to use voice commands and a HomePod device to control tvOS. A new Shared With You row on tvOS will feature material recommended by friends. Finally, for the first time, Apple is making Siri available to third-party HomeKit accessory makers, which means you’ll be able to utilize Siri with devices like the Ecobee thermostat.