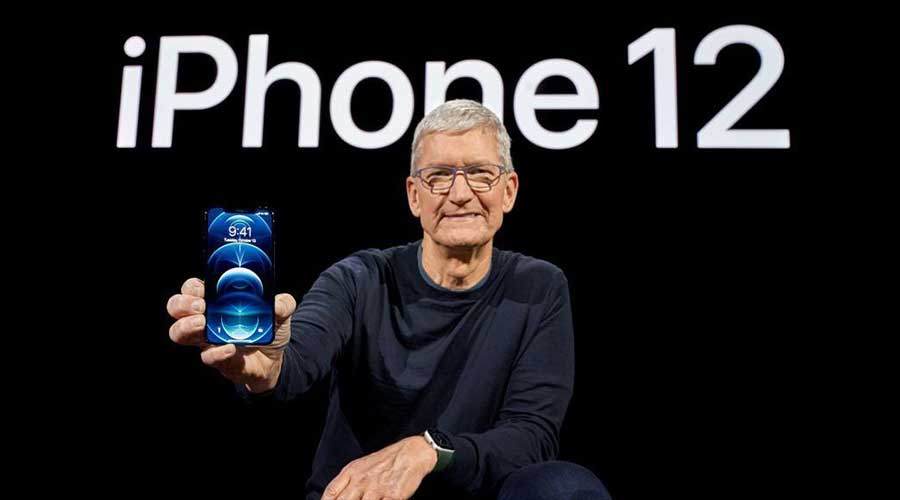 Read more: Everything Apple revealed at its September 2020 event

The iPhone followers will be able to preorder the iPhone 12 from October 16th ahead of its October 23rd release.

The iPhone 12 Mini is a Smaller iPhone with an Edge-to-Edge Screen:

The Apple smaller version of the iPhone 12 is iPhone 12 mini, the phone has 5.4 inches of the screen but encompasses all the features that iPhone 12 has. The iPhone 12 mini will be released on November 13 and it can be preordered from 6th of November for $699.

The iPhone 12 Pro Max is Apple’s Biggest iPhone Ever:

The iPhone 12 Pro Max will be available from next month on November 13th while you can also preorder the phone for $1,099.

Apple also launched iPhone 12 Pro at the event with a screen size of 6.1-inches that will cost $999 and can be availed from preorder which starts on 16th November ahead of an October 23rd release date.

Apple Expands the HomePod Line with the New HomePod Mini:

MagSafe is Back as a New Wireless Charging Option for the iPhone 12:

The MagSafe charging option is back for the iPhone 12. This time it’s in the form of wireless charging pads for the new iPhone 12 lineup. In the MegSafe there are two charging options, one device at a time and the MegSafe Charger Duo for charging two devices at a time along with flip-up spot in order to charge your Apple Watch.

The Apple iPhone 12 cases also included with the magnet inside, so you can still use MagSafe chargers and also attach extra accessories just like a wallet clip.

Apple is Removing the Wired Headphone and Wall Charger From the iPhone’s Box:

Just like Apple Watch, the company has chosen to take away the wall charger from the iPhone 12 lineup box, and wired EarPods will not be involved. The added cable will be USB-C to Lightning.