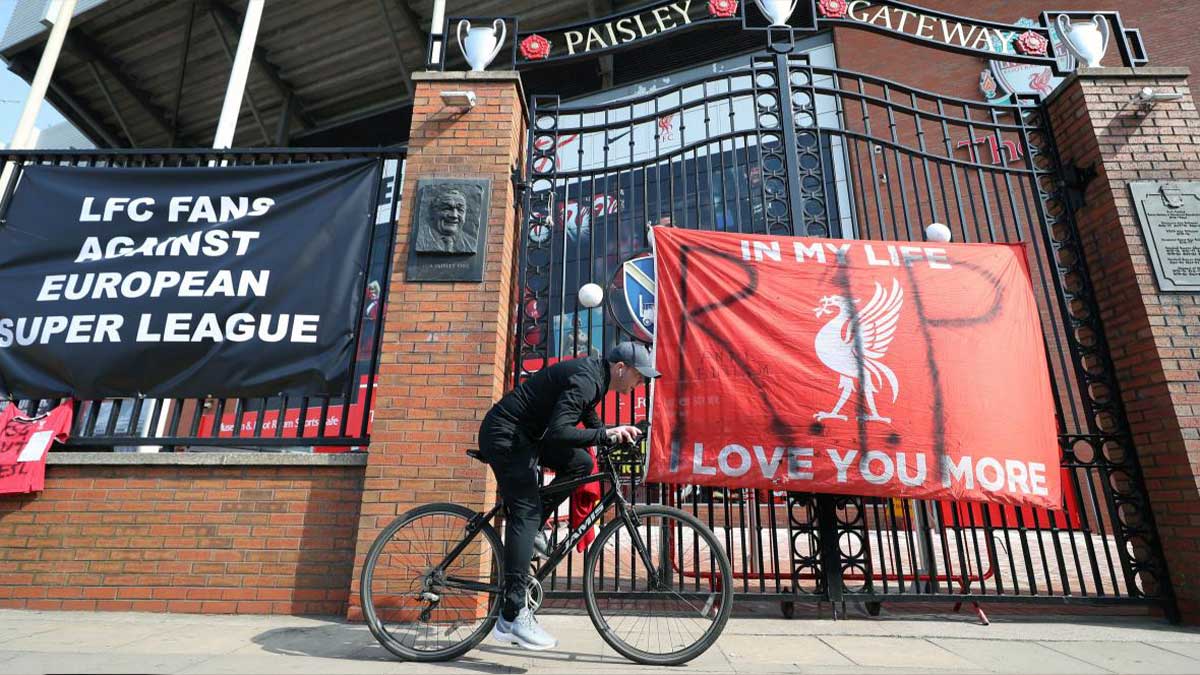 The European Super League appears to have collapsed well before it began, with all six Premier League teams involved in the league have now withdrawn from the competition.

Manchester City, Chelsea, Barcelona, and Atletico Madrid revealed on Tuesday that they were planning to withdraw from the breakaway race, which was confirmed despite much controversy on Sunday.

The Premier League’s “big six,” as well as teams from Italy and Spain, had announced their plans to create a new competition without promotion and relegation.

The action later sparked widespread condemnation from around the game and beyond, with governing bodies, legislatures, fellow football clubs, players, and managers all criticising it.

The English club Chelsea was apparently the first team to crumble after massive demonstrations outside Stamford Bridge prior of their Premier League game against Brighton and Hove Albion, with reports of their impending withdrawal circulating in many reputable publications.

Chelsea vs. Brighton’s scheduled kick-off time of 20:15 GMT was then pushed back by 15 minutes.

Related reports surfaced about City, whose manager Pep Guardiola announced his resistance to the European Super League during a press conference ahead of Wednesday’s match against Aston Villa.

Meanwhile, reports in Spain claimed that LaLiga power house Barcelona and Atletico Madrid had both told organisers of their intention to withdraw from the competition, just 24 hours after Real Madrid president Florentino Perez gave an extensive interview defending the Super League that, in retrospect, appears to have done nothing to support its cause.

It remains to be seen if the clubs will face any consequences. UEFA, with the support of FIFA, promised strict penalties to the teams involved, while the Premier League in England pledged to do “everything in its power” to prevent the breakaway from happening.