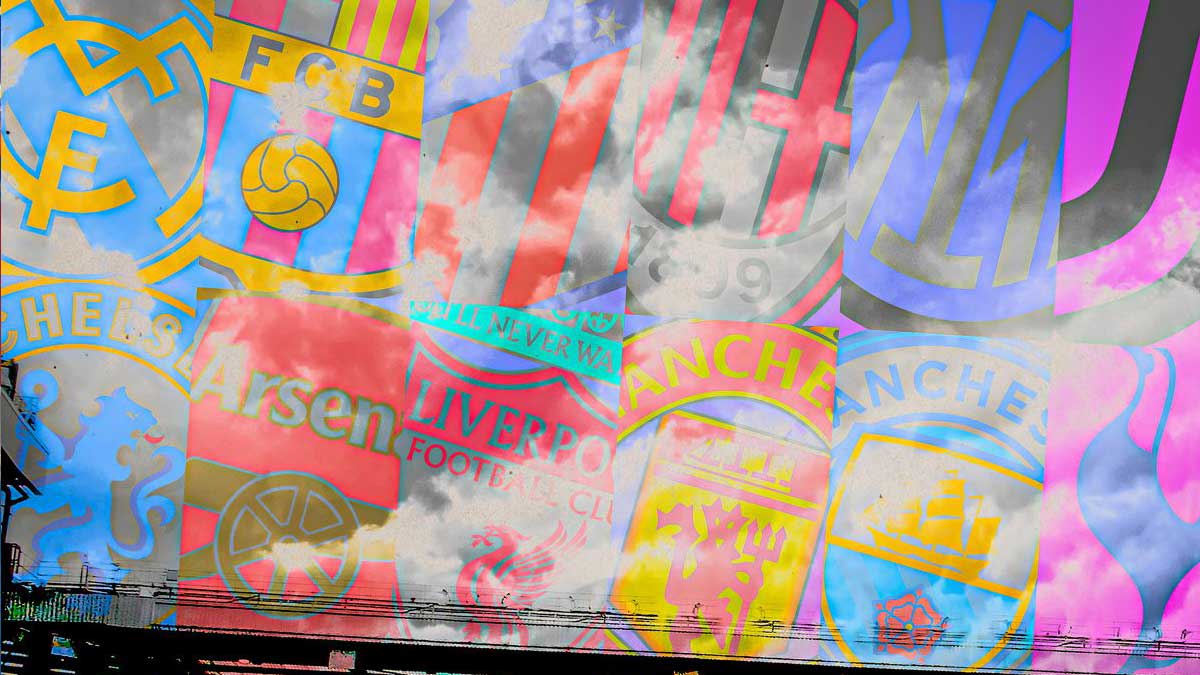 12 of Europe’s most powerful clubs announced a new competition breaking away from Champions League to form a separate European Super League.

Twelve of Europe’s top football clubs have declared that they have agreed to form the European Super League, a new midweek competition controlled by its ‘Founding Clubs.’

The idea is for the clubs to establish their own competition to compete with the UEFA Champions League.

Which clubs are involved?

Three more clubs are expected to enter before the inaugural season, which, according to the clubs, “is intended to begin as soon as possible.”

Bayern Munich and Borussia Dortmund, as well as French champions Paris Saint-Germain, are not included at the moment.

Why has this come about now?

“The Super League’s establishment emerges at a time when the global pandemic has escalated the turmoil in the current European football economic model,” the clubs say. The Founding Clubs have also had the aim of enhancing the consistency and intensity of established European competitions during each season, as well as providing a platform for top clubs and players to compete on a regular basis, for a number of years. The pandemic has shown that enhancing quality and funding for the entire European football pyramid needs a strategic vision and a long-term commercial strategy.”

However, the experts believes that this move is based on only one reason and that is about money. The money each club will get with the starting of European Super League is immense, as compared with the UEFA Champions League.

What does it mean for the Champions League?

The Super League would ultimately overtake the Champions League if it were to go forward.

The news broke just 24 hours before UEFA was set to meet to discuss planned Champions League changes. The amendments were interpreted as an effort to reach an agreement with the clubs in favour of a breakaway competition by providing them with more matches.

The changes were set to take effect in 2024, with the Champions League being expanded to 36 clubs, the format being adjusted, and the number of matches being increased from 125 to 225.

The changes were designed to benefit the Super League’s core clubs, and also included a safety net of four European qualification spots for clubs based on their previous European results, should they miss out on qualifying via domestic competition.

However, it appears that the changes do not go far enough for Europe’s most powerful clubs.

What would the format be?

According to the Super League’s website: “The Super League is a modern European competition that pits 20 of Europe’s best clubs against each other in five annual qualifiers. There will be two groups of ten clubs, with each group playing home and away matches each year ” Following the group stage, eight clubs will qualify for a knockout competition, where they will play home and away before the Super League championship is decided in a dramatic four-week finale ” Both games will be played in the middle of the week, and all clubs will continue to compete in their respective domestic leagues.”

The clubs themselves have explained the structure in three stages in their statement:

20 participating clubs, 15 Founding Clubs, and a qualification system for a further five teams to qualify annually based on their previous season’s achievements.

An August start with clubs divided into two groups of ten, playing home and away matches, with the top three in each group directly advancing for the quarter finals.

The fourth and fifth-place teams will participate in a two-leg play-off for the remaining quarter-final spots. A two-leg knockout method will be used to enter the final, which will be held as a single match at a neutral venue at the end of May.

Would the European Super League be a ‘closed shop’?

Apart from the fact that European Super League replacing the UEFA Champions League, another main point that comes into mind that only five clubs are allowed to enter into the competition based on their previous season results. Meanwhile, the 15 founding members have guaranteed participation in the competition.

How would the league be financed?

JP Morgan, an American bank, has pledged $5 billion to this new project.

‘The Founding Clubs will receive a sum of €3.5 billion primarily to finance their infrastructure spending projects and to minimize the effects of the COVID pandemic,’ the breakaways clubs note in their own declaration.

“We look forward to having talks with UEFA and FIFA to work together in collaboration to achieve the best results for the new League and for football as a whole,” the Founding Clubs claim.

What would the consequences be?

Clubs must receive ‘prior written approval of the Board’ if they want to attend anything besides the Champions League, Europa League, FA Cup, FA Community Shield, Carabao Cup, or any other competition approved by the county association, according to Premier League rule L.9.

Any player whose club decides to participate in an unofficial tournament runs the risk of being barred from all UEFA and FIFA competitions, including the European Championships and World Cup.

A breakaway league would not be recognized by FIFA, and “any club or player participating in such a competition would as a result not be permitted to compete in any competition organized by FIFA or their corresponding confederation,” FIFA said in January.