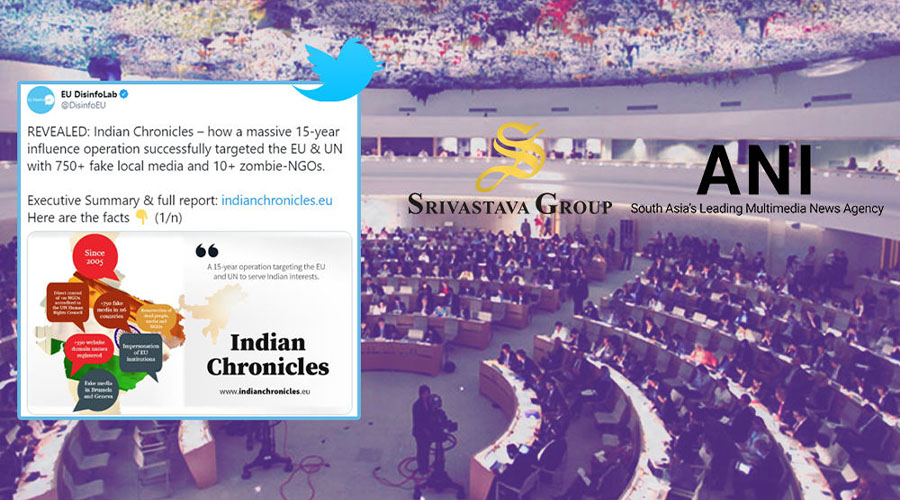 Shocking revelations of an Indian disinformation campaign by EU DisinfoLab to use fake media houses to malign Pakistan and China has attracted a strong reaction from freedom rights supporters and they demanded United Nations to immediately remove all such organisations.

Andy Vermaut, an official member of The International Alliance for the Defence of Rights and Freedoms (AIDL), made by the United Nations (ECOSOC), and President of PostVersa, Human Rights and Fundamental Rights chapter said he was shocked to hear about the research of the EU Disinfo Lab.

Prime Minister of Pakistan Imran Khan urged the international community and human rights supporters to take note of the “rogue Indian regime” that is now threatening the stability of the world order as revealed in the DisinfoLab investigation report.

Pakistan’s premier said in a series of tweets that the European Union group Disinfo’s disclosures about the pervasive Indian network of subversive activities have justified Pakistan’s narrative and revealed Indian detractors.

“Pakistan has consistently drawn the attention of int community to India’s subversive activities to undermine democracies in the region; & export/ fund extremism through structures of fake news orgs & ‘think tanks’,” the premier said on Twitter.

Furthermore, the Prime Minister said that the government has recently sent a dossier to the United Nations on Indian State Terrorism in Pakistan.

What is in the Recent Indian Chronicle Report?

Earlier, in a new investigation titled Indian Chronicles, the EU DisinfoLab unveiled that 750+ Indian supported websites scattered across 119 countries have been working within the European Union and the United Nations for the past 15 years to destabilize Pakistan.

According to report, the operation is led by Srivastava Group and amplified by ANI which is an Indian news agency located in New Delhi. Under Indian Chronicles, their mission is to discredit countries in conflict with India in Asia, particularly Pakistan but also China.

The report pointed out that the long-term objectives of the operation were to promote content against Pakistan and China and to strengthen the influence of India in international forums such as the EU and the UN.