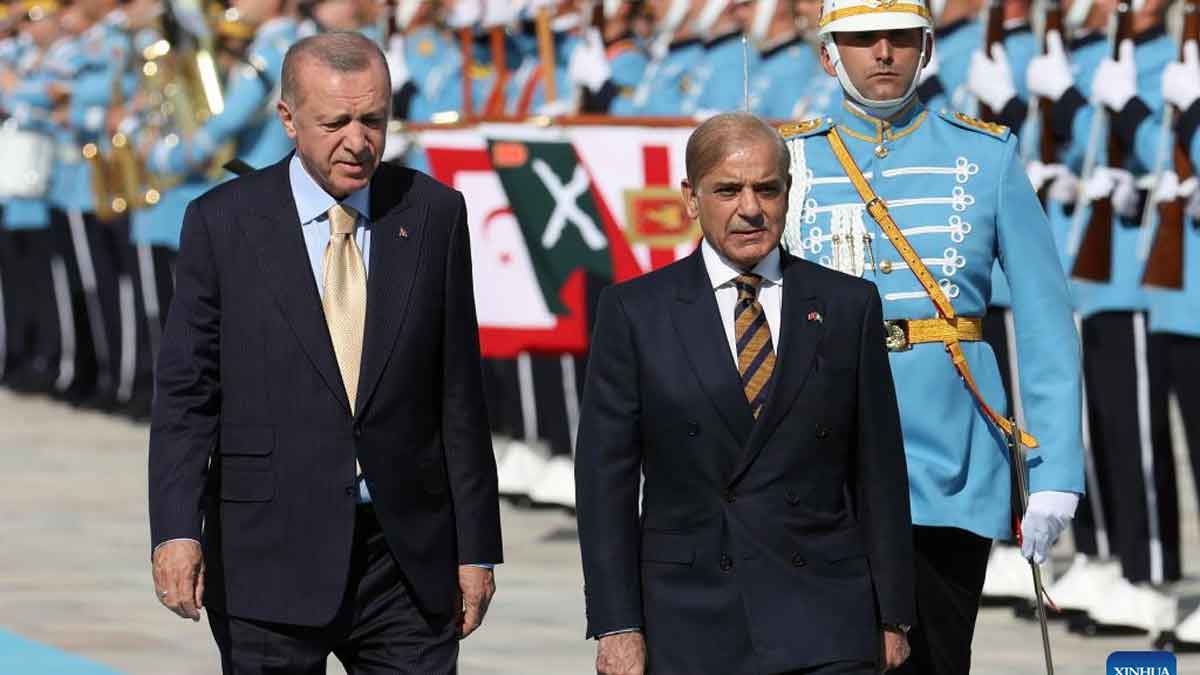 Despite the COVID-19 pandemic, Pakistan and Turkey last year increased the bilateral trade volume to over $1 billion for the first time since 2011, Erdogan said, adding that their target is $5 billion.

During Prime Minister Shehbaz Sharif’s visit to Ankara, both countries inked a number of bilateral agreements including Memorandums of Understanding (MOUs).

The agreements were inked for increased collaboration in a variety of sectors of mutual interest, including trade, economy, communication, environment, and housing, according to the information.

The signing of bilateral agreements and MOUs was also seen by Prime Minister Shehbaz Sharif and President Recep Tayyip Erdogan.

On behalf of their respective governments, Foreign Minister Bilawal Bhutto Zardari and Minister of Commerce and Investment Syed Naveed Qamar, as well as Turkish Ministers of Trade and Transport, signed the documents.

The following are the agreements and memorandums of understanding signed today:

2) The Framework for Knowledge Sharing Program between the Turkish and Pakistani governments.

3) Memorandum of Understanding on Highway Engineering between the Turkish Ministry of Transport and Infrastructure and the Ministry of Communications of Pakistan.

4) Joint Ministerial Statement on the Development of Turkey-Pakistan Bilateral Trade and Economic Relations.

5) Protocol on Technical Cooperation between the Turkish Ministry of Treasury and Finance and the Ministry of Finance of Pakistan.

6) The Turkish Ministry of Treasury and Finance and Pakistan’s Ministry of Economic Affairs have signed a debt management cooperation protocol.

7) MoU on housing cooperation between the Turkish Ministry of Environment, Urbanization, and Climate Change and NAYA Pakistan Housing and Development Authority (NAPHDA).

The prime minister also praised the Turkish president’s commitment that the next round of the high-level meeting will take held in Islamabad in September. He also stated that a large business group from Turkey will visit Pakistan in June, and that the visit will be fruitful.

The PM went on to say that high-level strategic collaboration has become critical in identifying shared interests between Pakistan and Turkey. He expressed optimism that Turkish citizens would invest in areas such as e-commerce, tourism, education, and hydropower generation.

Erdogan, for one, stated that they addressed regional and international issues in depth during their meeting. They also emphasized their commitment to expanding bilateral ties, he added.