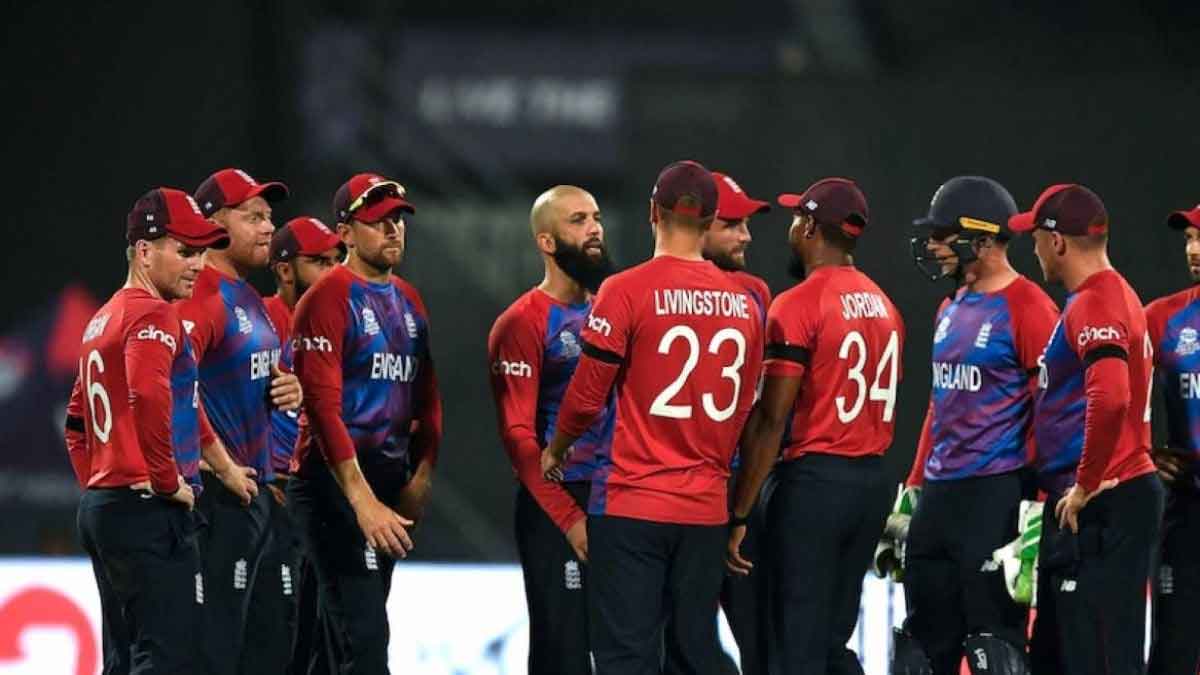 The 19-player England and Wales Cricket Board (ECB) team will go to Pakistan later this month for a seven-match T20I series and the tour will begin in Karachi.

Chris Jordan (finger) and Liam Livingstone (ankle) will keep working on their recovery and will not travel to Pakistan, but they are still expected to be ready for the world cup which is scheduled to play in Australia.

Jos Buttler, the captain of England, will go to Pakistan while nursing a calf injury, but it is anticipated that he will be able to participate in the final three games of the seven-match series. Moeen Ali will serve as the team’s captain during Buttler’s unavailability.

The first tour to Pakistan since 2005 has been announced, and it will feature five uncapped players. Jordan Cox, Tom Helm, Will Jacks, Olly Stone and Luke Wood have all made the team.

The touring party will fly to Pakistan on 14 September.

England Squad for the Tour

After struggling to recover from a season-long form slump, Jason Roy has been dropped from England’s T20I team for the upcoming tour of Pakistan and the T20 World Cup in Australia in October.

Since making his team debut following the 2015 World Cup, Jason Roy has been a key member of the dressing room and a regular of the squad. His unyielding aggression at the top of the order has resulted in nearly 5,500 white-ball runs in 171 appearances, including 1,522 at 24.15 and a strike rate of 137.61 in T20Is. He has also played a critical role in establishing the team’s proactive approach, which ultimately led to victory at the 2019 50-over World Cup.

With only 78 runs at 12.66 and a meagre strike rate of 77.55 in six T20Is this summer, Roy has struggled with his form. His ODI statistics were improved by a century in the third ODI against the Netherlands at Amstelveen in June, but he failed to score fifty in five additional games against India and South Africa.