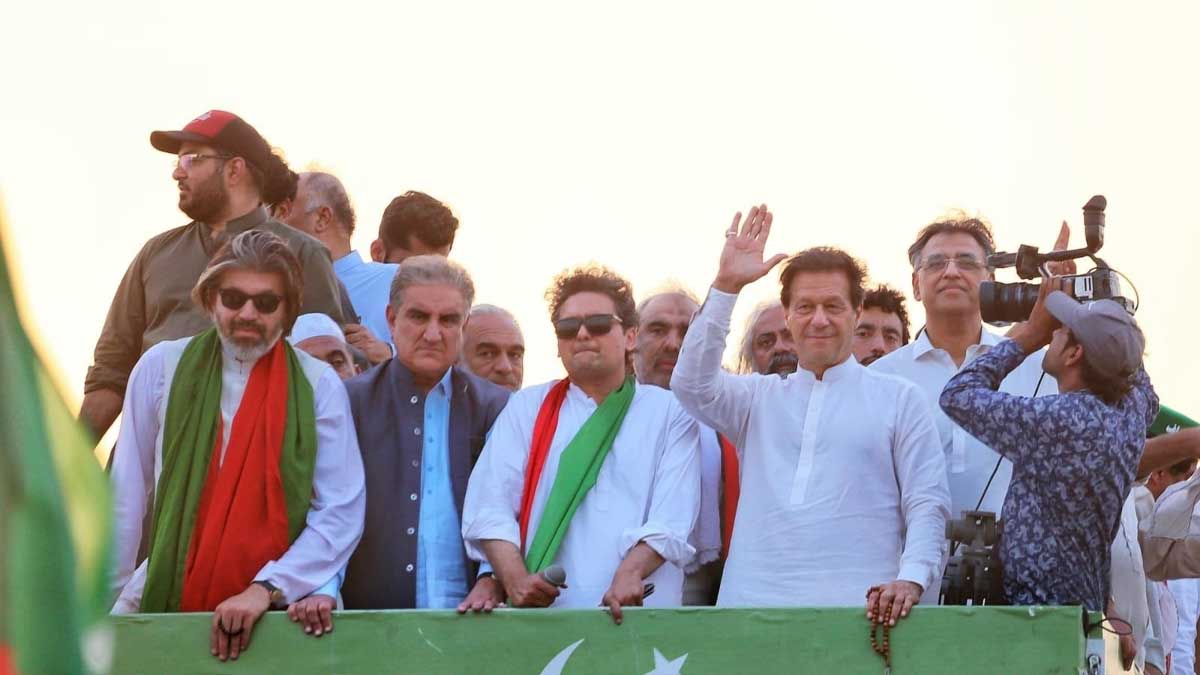 In a unanimous decision on Tuesday, the Pakistani Election Commission (ECP) declared that it had discovered that the PTI had received illegal funds.

The election commission initially referred to the case as the “foreign funding” case, but later accepted the PTI’s request to change its name to the “prohibited funding” matter.

The panel discovered that money was taken from the UAE, Canada, Australia, and the United States.

According to the ECP decision, PTI received funding from 34 individuals and 351 businesses, including companies.

The commission said that suppressing accounts is a “violation” of Article 17 of the Constitution in its ruling, noting that thirteen previously unknown accounts had also come to light.

According to Article 17(2) of the Constitution, “law shall provide that where the Federal Government declares that any political party has been formed or is acting in a manner prejudicial to the sovereignty or integrity of Pakistan, the Federal Government shall, within fifteen days of such declaration, refer the matter to the Supreme Court, whose decision on such reference shall be final.”

Every political party is required to account for the source of its money in conformity with the law, according to Article 17 (3).

Additionally, the funds were illegal under Article 6 of the Political Parties Act.

The PTI Chairman Imran Khan also submitted a Nomination Form I, and the ECP discovered that the affidavit presented on the party accounts was likewise false.

Meanwhile, PTI has been served with a show-cause notice by the ECP asking them to justify why their illegal funds shouldn’t be seized.

PTI Hid Funds Worth Millions Of Rupees From ECP: Report

The PTI hid assets worth millions of rupees from the ECP, according to a report released on January 4 by an ECP scrutiny committee looking into the party’s finances.

According to the report, the PTI gave the ECP “false information” on the party’s funding. It claimed that the party had received Rs 1.64 billion in funding, as shown by a bank statement from the State Bank of Pakistan (SBP).

The report claims that the party failed to reveal the illegal funds to the ECP totaling more than Rs 310 million.

The scrutiny committee was established in 2018 to examine the PTI’s foreign funding.

The PTI contested the election commission’s jurisdiction, and the matter was delayed by changing lawyers nine times.

One needs to understand what prompted Akbar S. Babar, the party’s founding member, to submit the foreign funding case with the Election Commission of Pakistan now that the PTI foreign funding verdict has been made public.

The PTI Chairman Imran Khan advised Akbar S. Babar in an email to tell the truth in a political way to win the respect of his colleagues and strengthen the party after learning of the wrongdoings of some of his top party leaders, according to email exchanges between two that were revealed by The News.

Khan sided with individuals who were accused of misconduct while being aware of the truth about what was occurring in the party and choosing to disregard the alleged misconducts of some of the senior PTI officials. Due to his role as a whistleblower, Babar received punishment and was expelled from the party.

Imran Khan can be seen defending people who were accused of misconduct in the email exchanges between Akbar S. Babar and Imran Khan. The person who called attention to the wrongdoings of his party colleagues was advised to be political or to keep quiet for the benefit of the party.

Akbar S. Babar outlined the financial interests of several party leaders in an email to Imran Khan and Arif Alvi, who were the PTI secretary general at the time, on August 7, 2011. In response to that email, Imran Khan encouraged Akbar S. Babar to refrain from taking his colleagues’ treatment of him to such extremes as this would split the party. Babar said that he had all the proof and wasn’t making judgments based solely on rumor.

Imran Khan responded to Akbar S. Babar’s email on August 8, 2011, stating that if they (certain top PTI officials) were business partners, it had nothing to do with how the party was governed as long as the interests of the party came first.

Again, responding to Imran Khan through email on August 10, Akbar S. Babar emphasized how two groups—one from Khyber Pakhtunkhwa and the other from Islamabad and Karachi—were defending their own agendas. Instead of taking any action or directing an investigation, Imran Khan asked Akbar S. Babar to overlook the situation and speak the truth in a political manner.

Akbar S. Babar was released from all PTI duties by notification from Arif Alvi on September 3, 2011. Akbar S. Babar claims that the party made a unilateral decision as a result of his exposure of the wrongdoings of the party officials.

A week later, Babar informed Imran Khan in a thorough letter that the PTI Central Office was managed like a mafia by a few dishonest and inept people and was rife with corruption. The letter also discusses investments made by a few PTI Core Committee members in PTI leader Amir Kiani’s Banigala-area real estate company.

“In a different email, I said that the accusations at the very least called for an impartial investigation into the illegal funds. Some members of the top leadership, especially those on the core teams, are embroiled in a major conflict of interest. You adopted protective mode by saying that Amir and Saif couldn’t be charged with undermining the party’s interests rather than requesting further information and appointing independent investigations.

As long as the interests of the party come first, it doesn’t matter if they were business partners, according to Akbar S. Babar’s letter to Imran Khan.

The question of foreign funding was another point Babar made in his letter to Imran Khan. “I now alert you to a few additional crucial matters that could further jeopardize the party politically and legally. PTI USA LLC has received payments totaling at least $135,000 from paying PTI members. During your journey to the US and Canada, you requested donations of $10 from each paying member with the express intent of building district PTI offices across the nation.

No district office has yet been established using only the funds received for this purpose. According to Babar’s letter, the PTI has never audited its financial performance to support resource collections made in reliance on agreements with regular paying members.

Babar’s party membership was cancelled rather than replying to Akbar S. Babar’s letter or starting an investigation. The foreign funding complaint was filed before the ECP as a result of Imran Khan willfully ignoring the wrongdoings within the PTI.