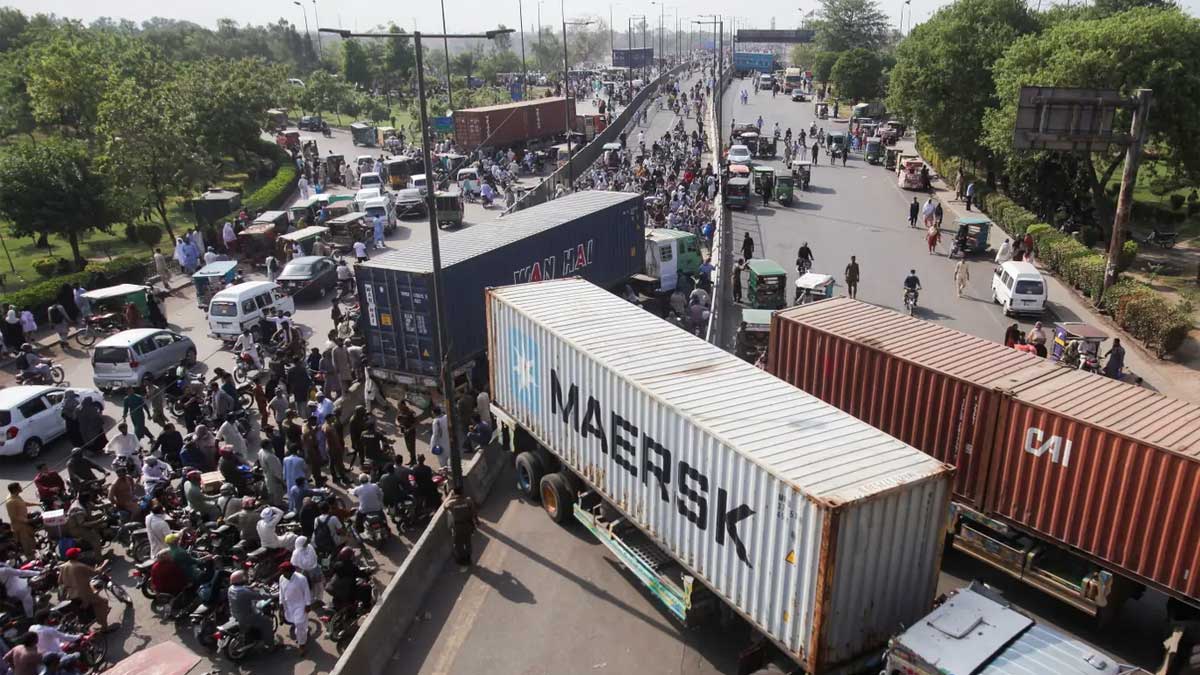 Internet service in Pakistan is being artificially limited as the government seeks to shut down protests organized by former Prime Minister Imran Khan.

To prevent Pakistan Tehreek-e-Insaf’s planned long march towards Islamabad, the federal and Punjab government has also cut down mobile services.

According to reports, Punjab Chief Minister Hamza Shehbaz convened a high-level meeting during which law enforcement agencies briefed him on efforts taken to halt the lengthy march.

Mobile phone services would be shut down in 350 locations across Punjab, including 20 in Lahore, according to the chief minister.

According to sources, CM Hamza Shehbaz has approved the cutoff of mobile phone services in certain areas.

Meanwhile, former Prime Minister and PTI Chairman Imran Khan maintained on Tuesday that on Wednesday, May 25, he will lead a massive convoy from Khyber Pakhtunkhwa to Islamabad.

The PTI head addressed a press conference in Peshawar, urging the country to unite against the ‘imported government,’ which he says was ‘created’ through a US-backed regime-change conspiracy.

Imran Khan decried the government’s use of force against PTI leaders and workers across Punjab, and requested the judiciary and military establishment to play their parts in preventing the government from turning the PTI’s peaceful long march into a bloodbath.

His remarks came only one day after the Punjab government launched a province-wide crackdown, arresting PTI’s workers and leaders ahead of the planned march.

In addition, the Rawalpindi police conducted repeated searches on Sheikh Rashid Ahmed, the leader of the Awami Muslim League, but were unable to catch him.