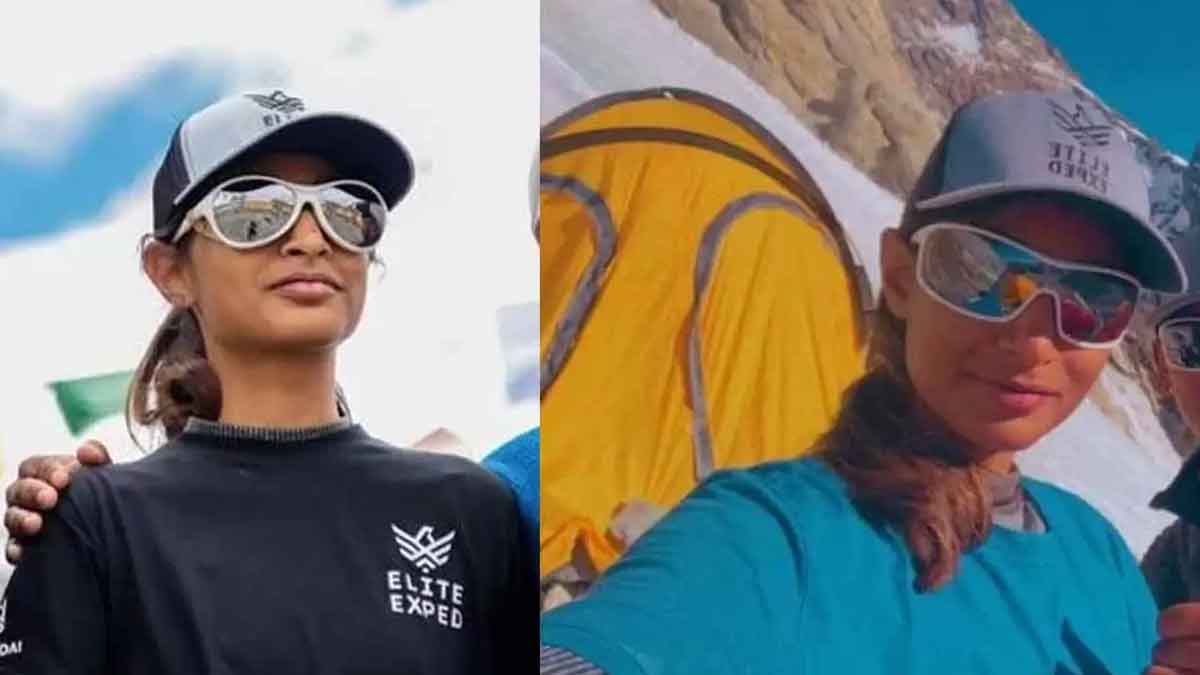 Pakistan’s 16-year-old emerging mountaineer Eisha Sajid has set her eyes to become the youngest climber to summit the 8163-meter-high Mt. Manaslu in Nepal.

According to the sources, Eisha has already arrived in Nepal for her mission and she is hopeful to complete the expedition by end of this month.

If the young climber succeeds, she will break the record of Indian Arjun Vajpai who summited Manaslu at the age of 18 in 2011.

Moreover, Eisha will have the honor of becoming the youngest Pakistani to climb any 8-thousands in the world surpassing Shehroze Kashif who had climbed the top of the Broad Peak at the age of 17.

She will celebrate her 17th birthday on November 30. Daughter of an army officer, the mountaineer had set the target to summit the broad peak in July but had to cancel her expedition because of bad weather and rock fall.

Meanwhile talking to the media, Karrar Haidri, secretary of the Alpine Club of Pakistan said that Eisha Sajid will be moving to the Manaslu summit under the guidance of world record-holder Nirmal Purja of Nepal.

Another Pakistani mountaineer Shehroze Kashif aged 19, last year, has set two new Guinness World Records for being the world’s youngest climber to summit the world’s two highest peaks, Everest (8,849meter) and K2 (8,611meter) in the same year within three months, as per a press statement issued by the Alpine Club of Pakistan (ACP).

While posing with the certificates, Shehroze on his Instagram wrote, “This is something super special, and being a Pakistani, I feel very proud to share this news with you all. Alhamdulillah …. I have finally received my both @guinnessworldrecords Certificates with the support and prayers of my parents. This is for you Pakistan.”

It is pertinent to mention that Shehroze also made the record of being the youngest person to have climbed K2.