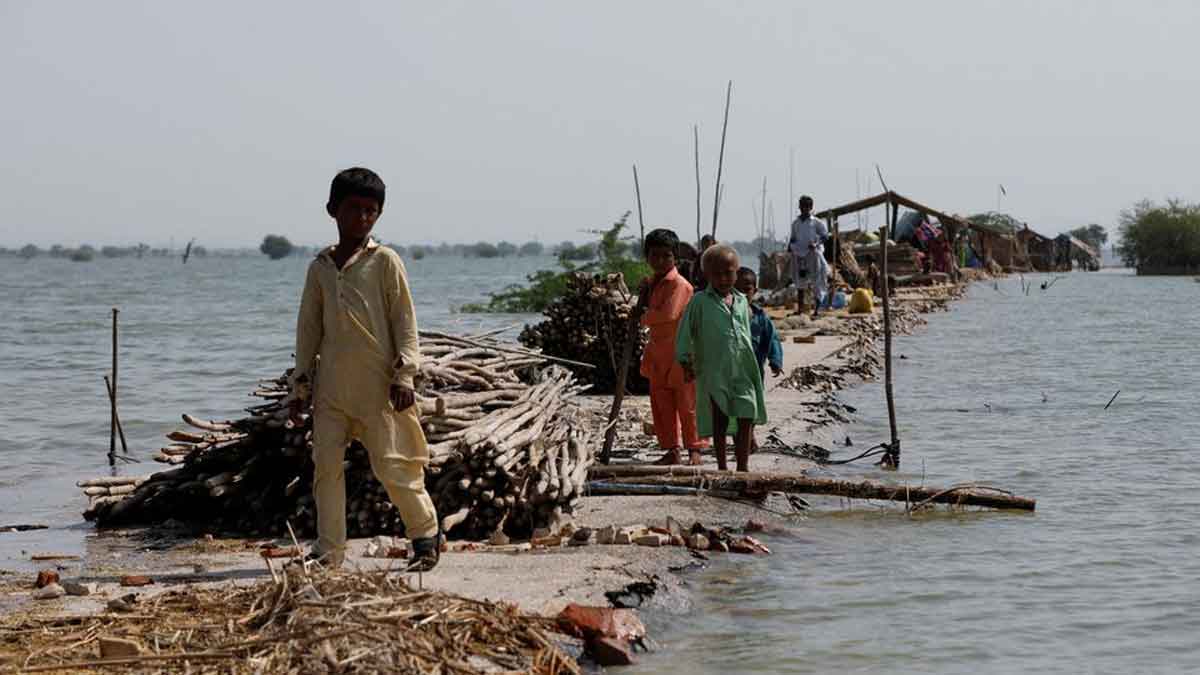 Owing to record monsoon rains and melting glaciers in Pakistan’s northern mountains have brought flash floods that had adversely affected 33 million people and killed around 1,290, including 453 children. The inundation, blamed on climate change, is still spreading.

Manchar Lake used for water storage, had already touched dangerous levels and due to the increased pressure, a serious threat has been posed to surrounding areas in southern Sindh province, Sindh Irrigation Minister Jam Khan Shoro informed the media.

“By inflicting the breach we have tried to save Sehwan town. Water levels on Johi and Mehar towns in Dadu district would be reduced by this breach in the lake,” the minister added.

In addition to historic rainfall, southern Pakistan has had to combat increased flooding as a surge of water flowed down the Indus river.

By this time, the country has received nearly three times the 30-year average rainfall in the quarter through August, making 390.7 millimeters (15.38 inches). with a population of 50 million, Sindh province was hit the hardest, receiving 464% more rain than the 30-year average.

Moreover besides the Manchar Lake, being downstream of the Indus river, the southern areas of Pakistan have witnessed increasing river waters flowing from the north.

On the other hand, Pakistan’s limited dams and reservoirs are already overfull and failed to stop downstream flows.

Authorities also warned of more rain in the north in the coming few days until Tuesday.

“Pakistan Meteorological Department (PMD) has forecasted that weak monsoon currents from the Arabian Sea are penetrating upper and central parts of the country which subsequently cause rain-wind / thundershowers,” the National Disaster Management Authority (NDMA) said in an advisory.

“As Pakistan battles one of the worst climate-induced calamities, among the most adversely affected are children,” Sharif tweeted.