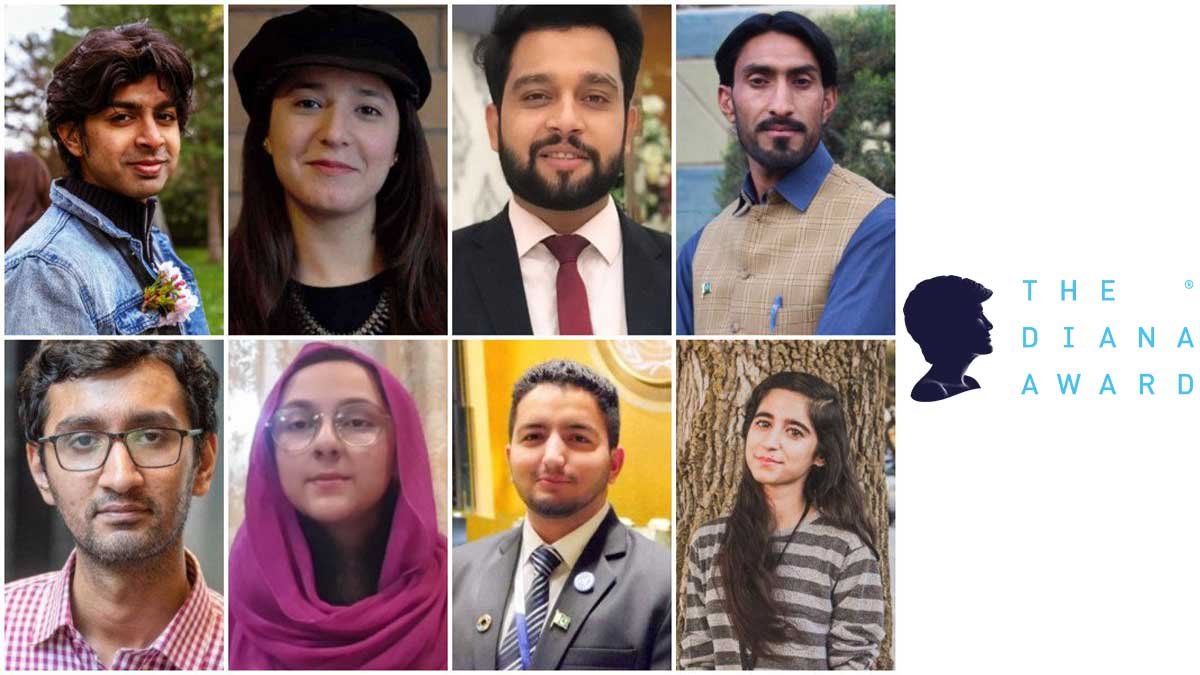 This year, eight young Pakistanis have bagged the prestigious Diana Award, given to young humanitarians across the world.

The award is considered the “highest accolade” a young person can achieve for social action or humanitarian efforts, established in memory of Diana.

According to the media spokesperson, with these young people who shared their views and experiences that made them who they are and also proved to be catalysts for change in their communities.

“I have been part of the executive team of the ‘Royal Entrepreneurs’ and organized youth conferences and campaigns on women empowerment and human rights,” she said, adding that she actively participates in ‘Model United Nations.

“I always secretly held the dream in my chest of becoming an astronaut. When I first mustered the courage to share it with my teacher in the 9th grade, I was ridiculed,” she said, harking back on her childhood.

So far, Izat added, he has provided scholarships to 3,000 students. “During the lockdown, I provided food rations to 1,000 families and also ran awareness campaign”

“At the age of 16, going into my first set of IGCSE exams, it dawned on me: hundreds of thousands of students across the world will take these exact same exams as me and yet, the access and quality of resources available to each vary so drastically. Some have access to the very best teaching and private tutoring, while others are unable to afford even the basic textbooks.”

“I have visited more than eight countries and have also represented Pakistan in the United Nations as a youth ambassador… I felt that our image in the world is not so good, we have to promote the soft image of Pakistan and should be proud of what we are.”