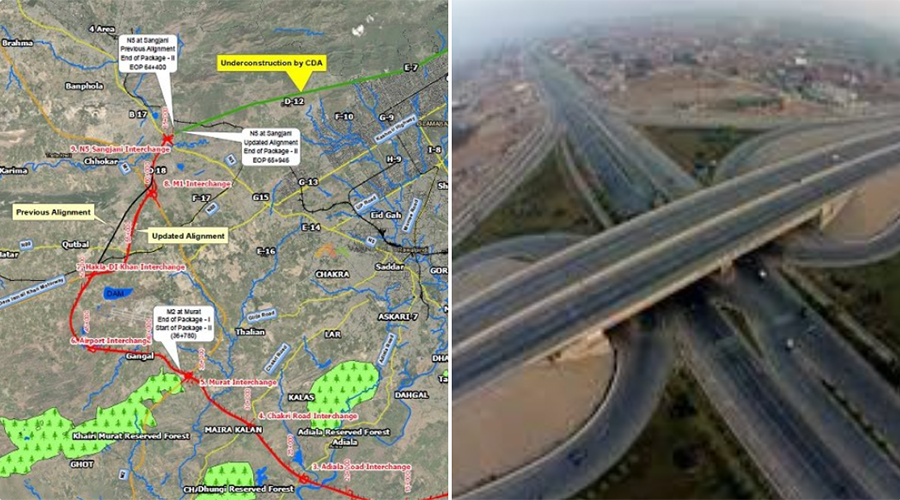 The game-changer Rawalpindi ring road will be constructed by Lahore Ring Road Authority (LRRA) instead of Rawalpindi Development Authority (RDA).

The stalled Ring Road project that was initiated in 1991 by RDA was handed over to LRRA in March 2020 due to RDA’s ‘capacity constraints’ but the mega project was again given to RDA in June 2020 and now the Punjab cabinet approved the transfer of project back to LRRA.

Rawalpindi Ring Road has been termed an economic game-changer as it will greatly facilitate the CPEC route by linking with the Hakla-DI Khan interchange. All industrial material and freight can move from the CPEC route through this road.

The Ring roads, around the cities, are meant to decrease the pressure of traffic within the cities. As such, the ring roads, constructed in Pakistan have solved a number of issues of the concerned cities.

Rawalpindi Ring road has been the need of the people living from Rawat to Rawalpindi as this route is heavily crowded by the traffic for a number of reasons including the establishment of the housing societies, Rawat Industrial Estate, Bahtar Industrial Estate and above all, the heavy flow of the traffic towards the Capital of the country, Islamabad.

The government of Punjab has been working on this project for a long but now the project is going to be materialized. The administration has completed the survey of land for 40 kilometers long Rawalpindi Ring Road track and the identification of the land for the project has also been done.

The road will start at Radio Pakistan Building on GT Road and merge with the Margallah Road near Sangjani Interchange. There will be some interchanges on this road at different points including Radio Pakistan, Rawat, Chak Beli, Adyala, Chakri, Islamabad AirPort, and Sangjani.

Moreover, the government of Punjab has approved the Rawalpindi Ring Road, handed to over to LRRA and the funds for the acquisition of land have also been released. All the requirements that include rout, alignment, interchanges, designs, and economic zones, etc. have been approved.

Rawalpindi Ring Road will be unique of its kind as it will not only resolve the issue of traffic jams which is the practice of twin cities on daily basis, rather it will create a number of business and employment opportunities becoming the herald of economic prosperity in the region.

Proposals for establishing the economic zones are also part of this mega project. Big fruit and vegetable wholesale market, goods and public transport terminals and cattle market will also be the part of it.