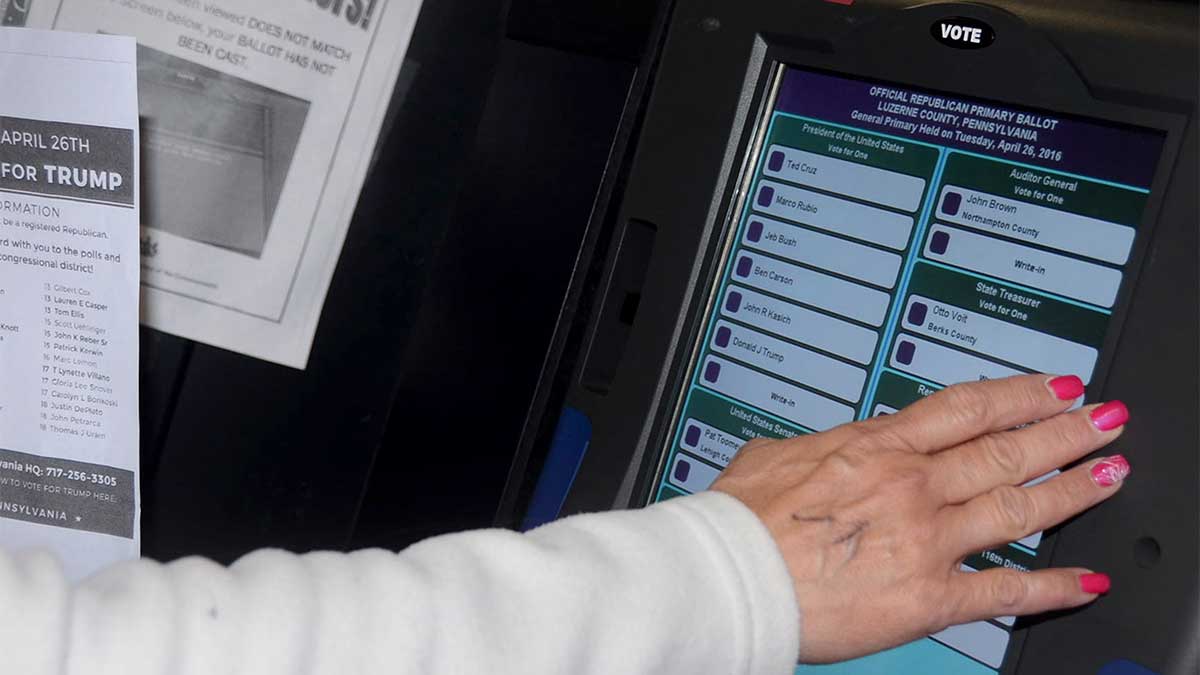 The government is planning to bring on the E-voting machine to conduct elections, however, the main obstacle they need to tackle is the opposition, who is not in the mood to use technology in election.

However, we have brought EVM history, through which you will get to know which country used the EVM’s and which country was failed to do so.

The two main countries who are using EVM’s are Brazil and India and they have been making use of e-voting for almost two decades.

E-voting, according to experts, can improve election legitimacy by eliminating the danger of multiple voting and spoiled vote sheets. However, there is a potential of vote tampering due to hacking.

Direct voting on machines, voting on paper ballots that are counted electronically by optical scanners, or voting online are all examples of e-voting. When voters cast their ballots, biometric technologies can also be used to register them.

Which Countries Use E-Voting?

Estonia: Electronic voting is used throughout the country. According to a Microsoft Corporate blog, the country began using the internet to vote in 2005, but was hit by a cyberattack in 2007. Estonia, on the other hand, has not backed down and continues to employ internet voting.

Namibia: It was the first African country who uses EVM in 2014.

Philippines: From 2010, the island is using the voting machine.

Brazil: National elections have been automated since 2000. As per reports the voting via touch screen has been trialed in Brazil along with the US, Norway, Estonia, India and Switzerland.

Mongolia: The country has been using voting machines since 2010.

US: In the 1960s, the United States was the first country to experiment with electronic voting equipment. The country uses a combination of optical scanners and direct electronic voting. More than 90% of votes are counted electronically in elections, with only a few states still using hand counting.

Iraq: Voting machines were utilized for the first time in the country in 2018, however they failed a hacking test. Hence, the votes were manually counted.

Democratic Republic of the Congo: The government planned to employ electronic voting machines in its 2018 elections, but there were concerns, according to Al Jazeera, that they might be used to rig the results. A fire started by arsonists damaged 7000 out of 10,000 voting machines just 10 days before voter’s head to the polls, according to the Guardian.

Which Countries Use Them Partially?

Canada: Voting machines are used in some local elections.

Belgium: Some districts use voting machines.

France: In some areas, voting machines are employed. Their use is being phased out by the French government. According to a Microsoft Corporate blog, France had previously permitted abroad citizens to vote online, but after concerns of hacking in the 2016 US presidential election, France stated that no e-voting would be allowed in the 2017 national elections.

Russia: During Russia’s national elections in 2018, over 10% of polling stations were equipped with voting machines.

Iran: Voting machines were utilized for municipal elections in 2017, but not for national elections, which were held at the same time.

Argentina: Electronic voting devices are used in several areas. In 2017, the voting devices were not deemed secure enough to be used across the country.

Which Countries Are Testing E-Voting?

Indonesia: The country tried out e-voting ahead of its national elections in 2019, but decided to go with manual voting instead. Following the last elections, 550 of the country’s electoral officers died of exhaustion, according to a Bloomberg report. According to Bloomberg, the Indonesian government is researching the use of electronic voting machines in India and South Korea before making a decision. The use of electronic voting will necessitate considerable consultation with political parties, communities, and the general public.

Bangladesh: According to local media, the country tested voting machines for use in national elections in 2018, which were eventually deployed but on a limited scale.

Bulgaria: The country had planned to deploy electronic machines in 2017, but had to adjust its plans due to delays in delivery.

Norway: According to a Microsoft Corporate blog, the country experimented with internet voting between 2011 and 2013, but opted not to utilize it due to public concerns about the security of the vote.

Which Countries No Longer Use them?

Ireland: Because of security concerns, the country canceled plans to deploy the devices in 2006.

Paraguay: The government had experimented with voting devices that it had borrowed from Brazil in the early 2000s. It went back to paper ballots in 2008.

Netherlands: After anti-e-voting campaigners demonstrated that it is not safe by attempting experimental hacking, the country resorted to paper ballots in 2007.

Germany: After a Constitutional Court found that voting machines were not transparent enough, the government stopped using them in 2009.

If the security issues of e-voting are adequately resolved, then e-voting may strengthen the electoral process, and it is widely believed that these countries may return to using these machines.