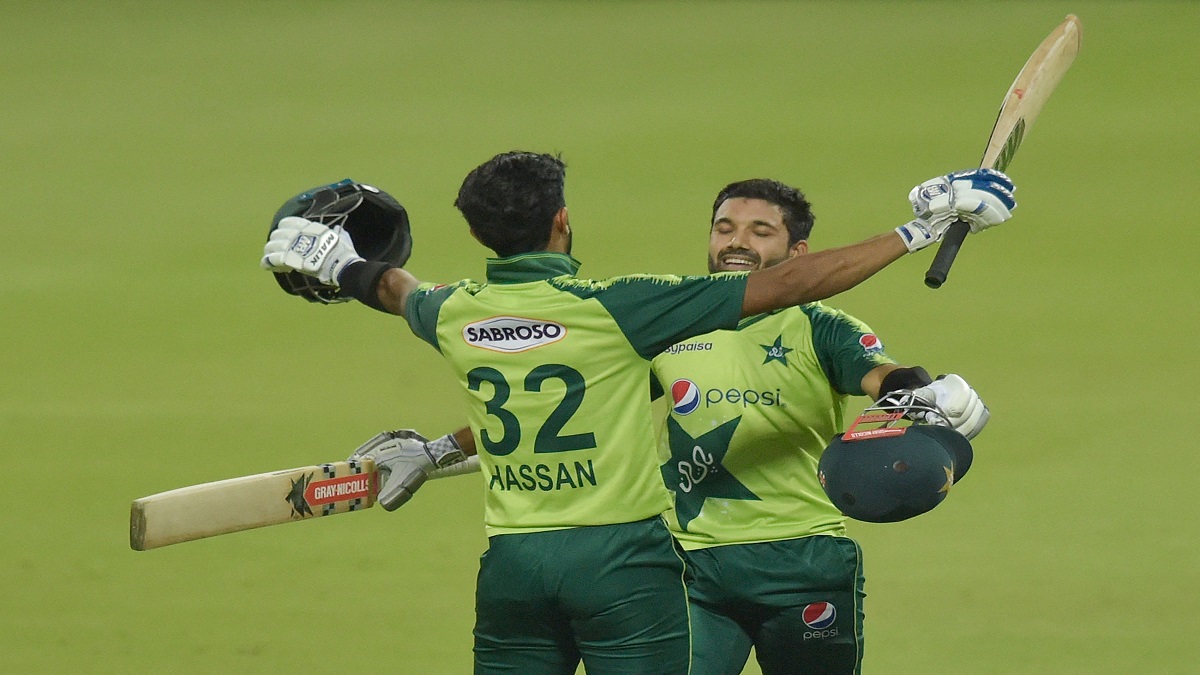 Pakistan won by four wickets in a thrilling first match of the four-match T20I series in Johannesburg.

Pakistan now leads the series 1-0 after reaching their mark of 189 with only one ball to spare.

This was Pakistan’s 100th victory, excluding Super Over victories.

Man-of-the-Match was Mohammad Rizwan who played brilliantly and scored an unbeaten 74, which included two sixes and nine fours.

Faheem Ashraf’s 30 off 14 balls proved to be beneficial to the squad. Babar Azam scored 14 runs, Fakhar Zaman 27 runs, Mohammad Hafeez 13 runs, and Haider Ali 14 runs, but the batting line-up could not produce many runs.

South Africa‘s sloppy fielding allowed Pakistan to remain in the game in the final over, allowing Hassan Ali to take a chance and hit out for the winning runs.

Due to the absence of many starters, South Africa gave debuts to three players: Wihan Lubbe, Sisanda Magala, and Lizaad Williams, and their naivety was on full display.

Late in the second innings, when the match was in South Africa’s favour, Proteas bowlers unleashed a barrage of full tosses, which, combined with unexpectedly bad fielding, helped Pakistan cross the finish line.

Quinton de Kock, David Miller, Anrich Nortje, Kagiso Rabada, and Lungi Ngidi are among the Proteas’ main players who have left for the Indian Premier League.

South Africa had controlled the middle overs while batting, but slowed down in the final overs to finish with a total of 188-6, which was less than they had hoped for when Aiden Markram and Heinrich Klaasen were in top form.

Six wickets were taken by Pakistan’s bowlers, with Shaheen Shah Afridi and Haris Rauf each getting one, and Mohammad Nawaz and Hasan Ali each taking two.

Except for Nawaz and Hasan, who both took two wickets and were economical, Pakistan’s bowlers struggled and went for runs.

Temba Bavuma, South Africa’s white-ball captain, was ruled out of the series a day before the first T20I in Johannesburg due to a Grade One hamstring strain. Heinrich Klaasen will lead the Proteas during the four-match series in his absence.

Due to fitness concerns, Dwaine Pretorius and Rassie van der Dussen will also skip the series, while Reeza Hendricks has withdrawn from the series due to family obligations.

South Africa won the toss and decided to bat