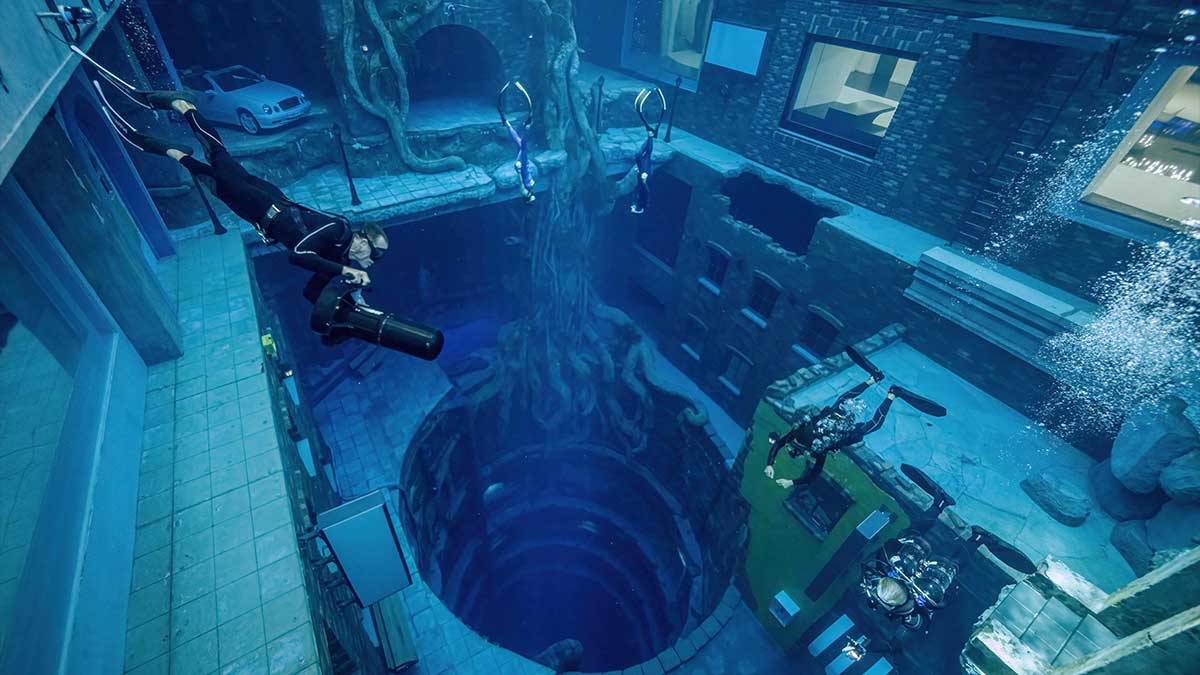 Deep Dive, which contains a large underwater city of abandoned houses and an arcade, first opened its doors to invited tourists in late June.

On June 27, Dubai’s newest attraction broke the Guinness World Record for the largest pool in the world, surpassing Poland’s Deepspot, which measured 147 feet (45 metres) in depth.

It’s contained in an oyster-shaped structure with cascading water elements all around it. The water temperature in the indoor pool is 30 degrees, thus guests are advised to wear a thin wetsuit or swimwear.

The complex also includes an underwater film studio with cutting-edge lighting and sound systems, as well as a neighbouring editing room.

The deepest swimming pool has 56 cameras positioned across the underwater city, as well as an enhanced hyperbaric chamber for emergencies that is set to open by the end of the year.

The newest attraction in Dubai is described as a family-friendly day out that includes diving classes for novices and advanced divers, as well as tours.

Those who do not wish to swim can watch from an 80-seat café with huge windows and television screens.

‘An entire world awaits you at Deep Dive Dubai, the world’s deepest pool,’ Sheikh Hamadan wrote on social media after his July 7 visit.

Smith characterised the event as “crazy,” adding that a buddy advised him to check out the pool since it had “something… strange about it.”

Deep Dive, on the other hand, has advised travellers not to visit the Burj Khalifa, the world’s tallest building, which is also in Dubai.