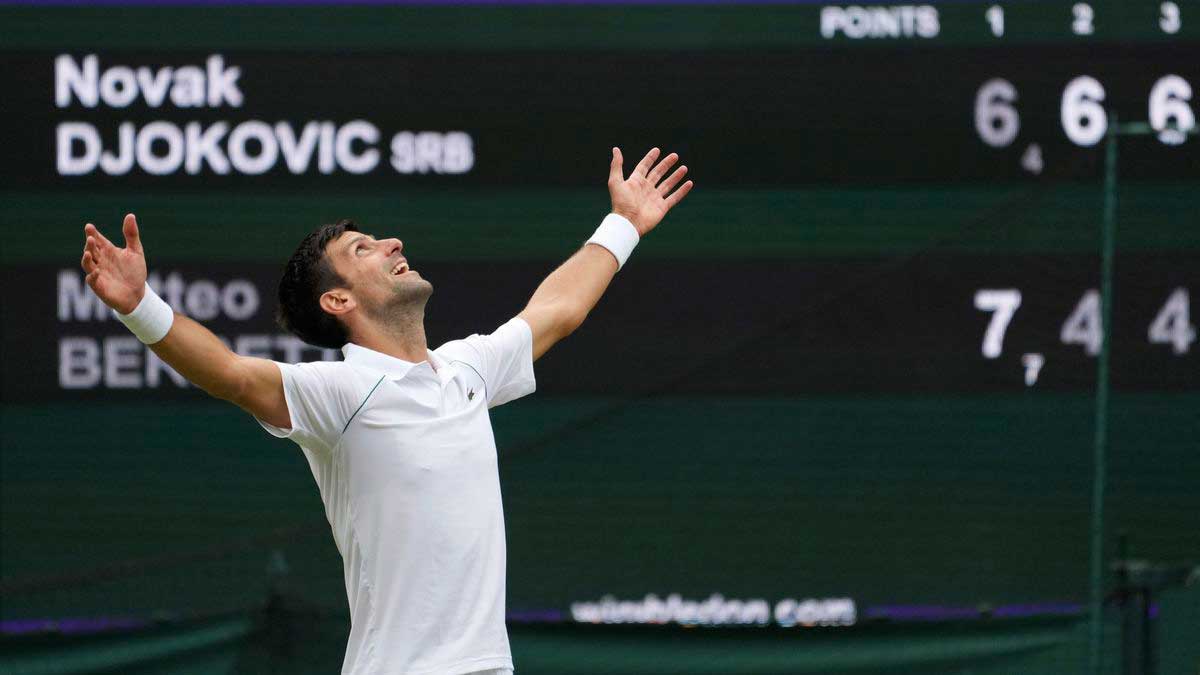 His victory also moved him three-quarters of the way to the first calendar Grand Slam since 1969, when he won all four majors.

“I can absolutely see that occurring, and I’m hoping to give it a try.” “I’m in excellent shape and playing well, and maintaining my best form during Grand Slams is my top priority,” Djokovic added.

Djokovic, who was playing in his 30th Slam final, won his sixth trophy at the All England Club, adding to his nine Australian Opens, two Roland Garros victories, and three US Open titles.

Djokovic has time and momentum on his side

If he wins a fourth title in September at New York, he will become only the third man in history to complete the calendar Grand Slam, after Don Budge (1938) and Rod Laver (1962 and 1969).

“It indicates none of us three will stop,” he added of sharing the record with Federer and Nadal. Roger and Rafa are legends, and without them, I would not be where I am today.

“They demonstrated what I needed to do to improve my physical, tactical, and mental strength. It’s been a wonderful adventure over the past ten years, and it’s not over yet.”

Federer, who was eliminated in the quarterfinals congratulated Djokovic on Twitter.

Meanwhile, the Spanish Tennis star Rafael Nadal did not played in the tournament.