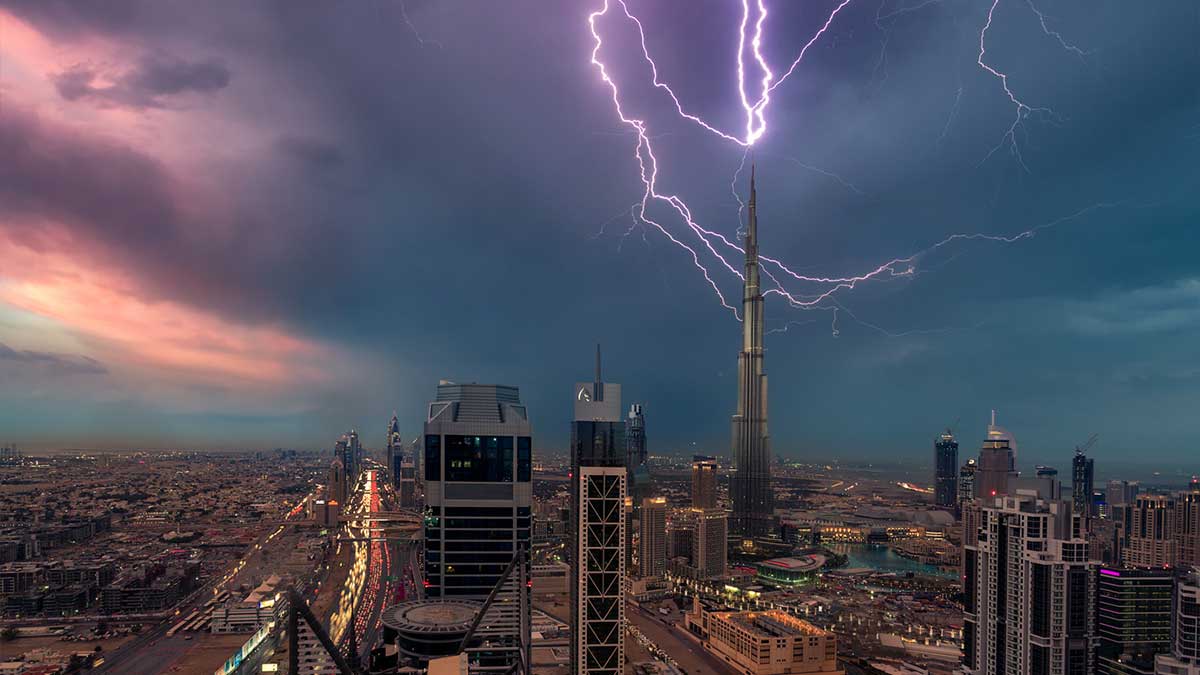 Drones were employed to cause the rain by flying into the clouds and releasing an electrical charge, which stimulated them and caused downpours. The desert city’s temperature had recently reached 50 degrees Celsius.

Artificial rain is being used as part of a project to boost rainfall in the UAE, which will result in a four-inch increase in average annual rainfall. According to the report, rain has caused water to build on several routes, making driving difficult.

The National Meteorological Agency of the United Arab Emirates also posted a video of the torrential showers.

Professor Maarten Ambaum of the University of Reading in England is in charge of the drone system that creates artificial rainfall.

Dubai just conjured up some rainfall for itself using a new method of cloud seeding in which they charged clouds with electricity.

Cloud seeding is a process to create artificial rain. Here, chemicals like silver iodide, potassium iodide and dry ice are sent to the atmosphere through helicopters or planes. These particles attract the water vapour in the air, leading to the formation of cumulonimbus clouds and finally rain.

It generally takes half-an-hour to produce rainfall by this method. The time taken to generate rain depends on which portion of the cloud the chemicals are being injected into. Zapping the top layers gives the fastest results.

However, these experiments are harmful to the environment. The method can lead to acidification of the oceans, ozone layer depletion and an increase in the levels of atmospheric carbon dioxide. Silver is a heavy, toxic metal and it harms the health of plants, humans and animals. Cloud seeding is also a costly method. A foot of rainfall costs around USD 200.