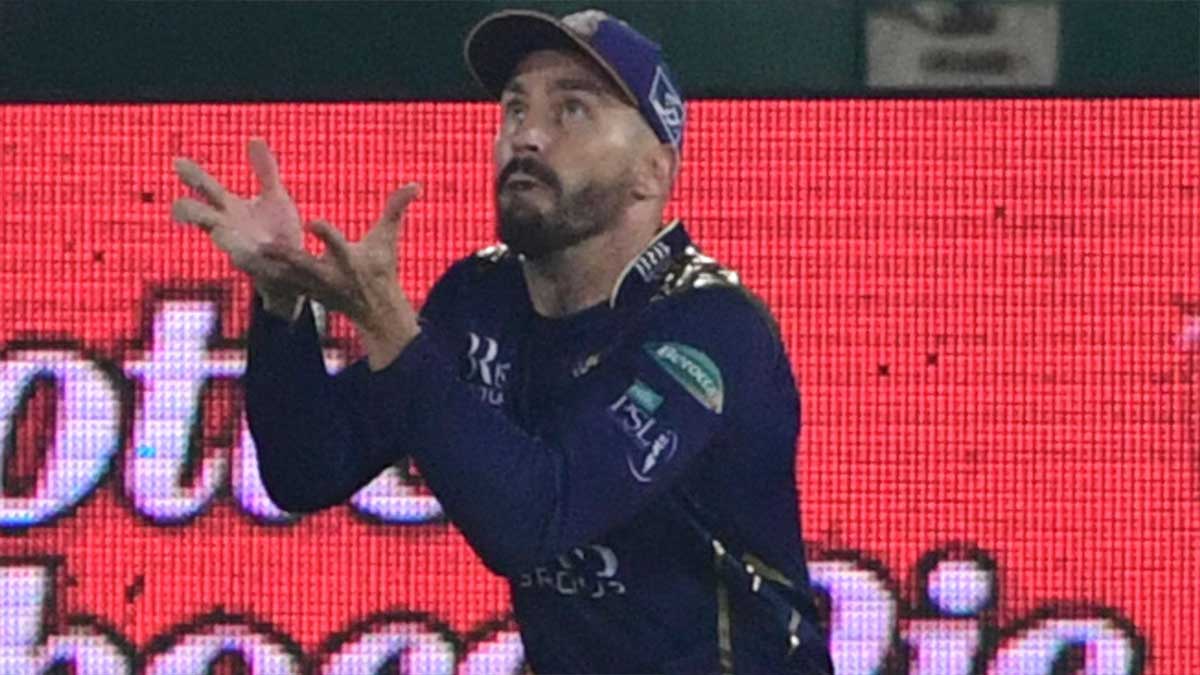 After contracting a concussion during a Pakistan Super League T20 match in Abu Dhabi, South Africa batsman Faf du Plessis says he experienced some memory loss, but is optimistic about a rapid return to action.

In Quetta Gladiators’ 61-run loss to Peshawar Zalmi, Du Plessis crashed with teammate Mohammad Hasnain while attempting to save a boundary.

The Gladiators’ physio responded to the 36-year-old as he lay unconscious on the ground before he got up and was transported to the hospital.

On Sunday, du Plessis tweeted, “Thank you everyone for all the expressions of support.”

“I’ve returned to the hotel to rest. I’ve had a concussion and am experiencing some memory loss, but I’ll be fine. Hopefully, I’ll be able to return to the field soon.”

Doubled hundred on debut at the home of cricket… now that's what dreams are made of. Well played Devon Conway 👏👏👏

As a concussion replacement, opener Saim Ayub took over for Plessis.

Before du Plessis, Andre Russell was hospitalized after getting struck on helmet

Meanwhile, Faf du Plessis was not the only one which was substituted due to concussion, as in previous match when West Indies all-rounder Andre Russell was hit on the helmet by Mohammad Musa bouncer in the match against Islamabad United, the Gladiators had to use a concussion substitution.

Russell was given permission to bat when a physio examined him out, but he was bowled the next ball. He was rushed to the hospital, and Naseem Shah stepped in as a concussion replacement.

Quetta Gladiator is currently sitting at the end of the PSL sixth edition table with only gained two points, while playing seven matches.

Meanwhile, On Tuesday, Quetta will face Lahore Qalandars in their next match.