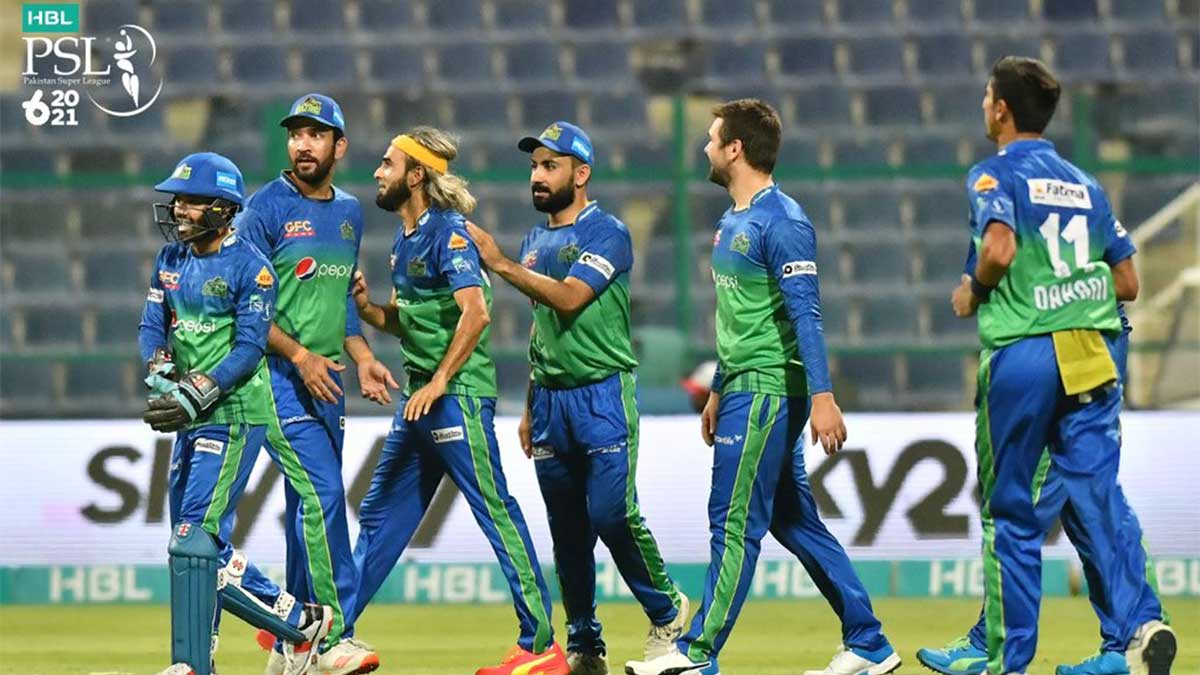 Multan Sultans, who were underperforming in the sixth season of the Pakistan Super League, defeated Karachi Kings by 12 runs in Abu Dhabi’s Sheikh Zayed Cricket Stadium.

Sharjeel Khan was removed for four runs, while Martin Guptill and Najibullah Zadran were both removed for 11 runs each for the Kings.

Despite Babar Azam’s 85 runs innings, the Kings were unable to chase 177 runs.

The Sultans had put up a competitive 176-run total, courtesy to a 68-run partnership between Mohammad Rizwan, the team’s captain, and Riley Rossouw.

Before being brought back to the pavilion, Rossouw scored 44 runs, Sohaib Maqsood hit 31 runs, and Rizwan hit 29 runs.

Imad Wasim, the Kings’ captain, got his side off to a fantastic start by dismissing Rahmanullah Gurba for three runs in the first over, while Waqas Maqsood dismissed Shoaib Maqsood for 31 runs in the third over.

In the first phase of the PSL in Karachi, the Karachi Kings had a solid performance, winning three of their five matches. Multan Sultans, on the other hand, had only won one of the five games they had played during the first leg of the competition.

This is the second meeting between the two teams, with the first taking place in Karachi during the tournament’s first leg.