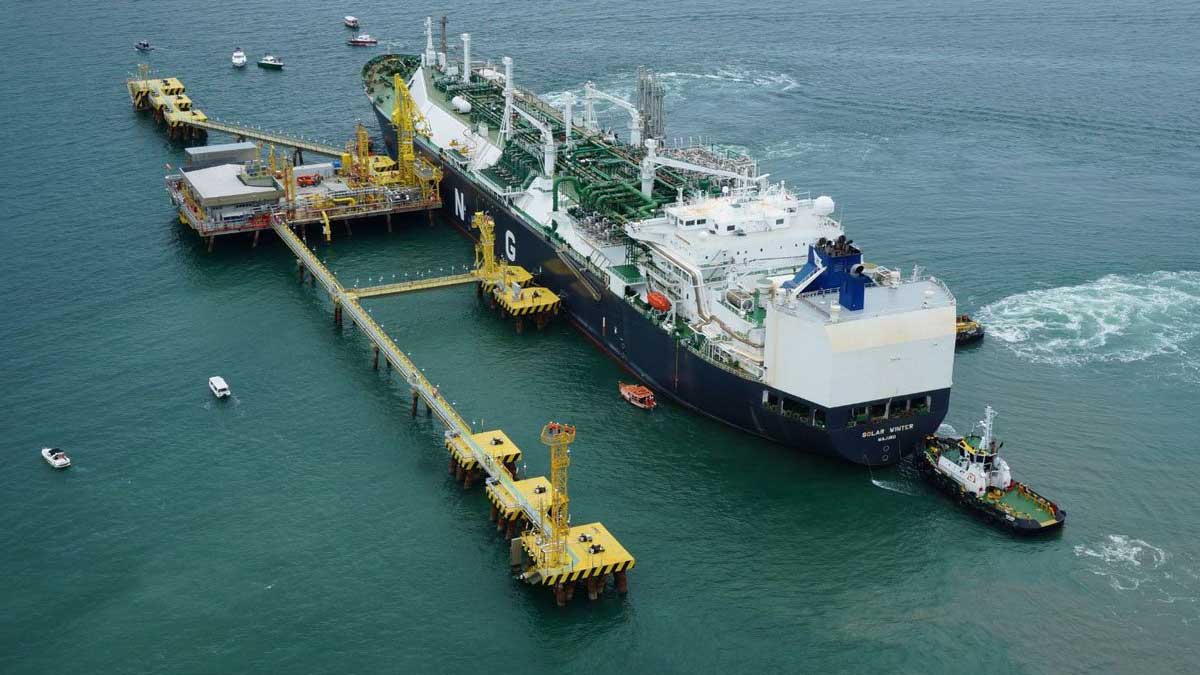 The process of dry docking at the Engro liquefied natural gas (LNG) terminal in Karachi has been completed, Hammad Azhar.

Hammad Azhar, the Minister for Energy posted on social media on Thursday after the process of dry docking by Engro’s LNG terminal was completed, “Just 66 hours of gas curtailment in some sectors that are restored from tonight. Zero interruption on the power side.”

He said that the process of dry docking at the Liquefied Natural Gas terminal in Karachi has been completed and the original floating storage and regasification unit (FSRU) has been restored before time. The Federal Minister strongly appreciated the team, working on the project of dry docking.

Dry docking completed and original FSRU restored. This time ahead of schedule also. Just 66 hours of gas curtailment in some sectors that are being restored from tonight. Zero interruption on power side.

The notification of Sui Southern Gas Company (SSGC) says, Engro LNG Terminal began LNG supply. Gas is also being supplied to K-Electric and Nooriabad power plants. It has also been said in the notification that an increase in gas supply in the system has been noted.

Dry docking is a preventive measure which must be done after a specific interval of time. In this process, LNG terminals whereby the FSRU is taken to service yard and brought to dry area. In the process, the submerged part of terminal is keenly inspected and cleaned.

The process of dry-docking was to be completed before 17th of this month which has been done before time. Duration of the process was four days here. The supply of gas was suspended for two days which was being undertaken to replace temporarily installed FSRU Sequia with a permanent one, Exquisite which was in Qatar for maintenance in the month June.