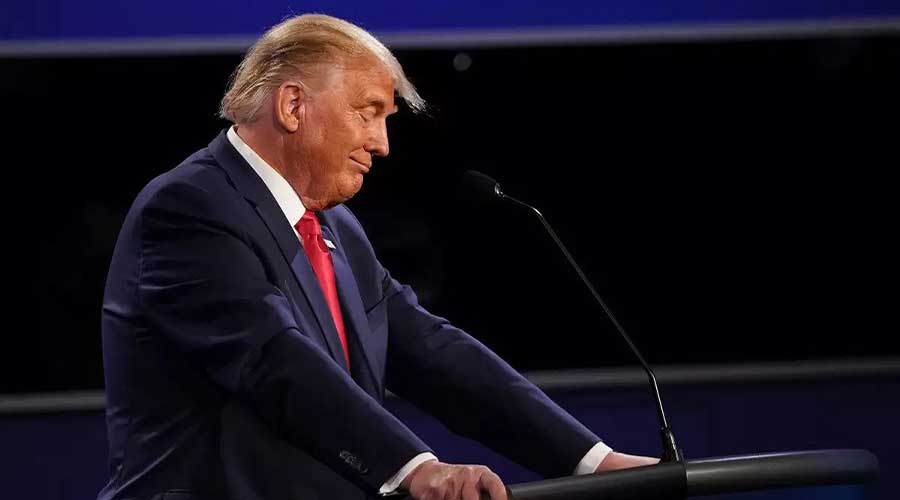 “Look at China, how filthy it is. Look at Russia. Look at India. It’s filthy. The air is filthy. I walked out of the Paris Accord as we had to take out trillions of dollars and we were treated very unfairly,” Mr Trump said talking about the decision to pull out of the Paris Climate Accord which aims to cap global warming “well below” 2°C.

The remark as expected upset many within India and the electorally significant Indian-American community.

The US President remarks on Chinese air may not be true but they have resonated with many in India. Indians soon responded with anger, poking fun and introspection over Donald Trump remark and “Howdy, Modi!” became top trend on Twitter. Some Indians are calling the Prime Minister of India Narendra Modi to take notice of the latest comments.

However, many believe that the statement to be true as Delhi air was among the foulest in the world.

Recently, the residents of the capital complained the city’s air quality has gone severe and they are facing difficulty while breathing.

India’s terrifying smog season has returned as levels of PM2.5-dangerous tiny pollutants in the air in the capital have averaged around 180-300 micrograms per cubic metre recently which is 12 times more than the World Health Organization (WHO) safe limits.

In winters, the air in several parts of Northern India is at worst from November-February due to many reasons which include, farmers scorching their crop stubble in order to clear the grounds, festival fireworks, vehicle and industrial pollution contribute to what doctors’ calls is a “deadly cocktail of poisonous gases”.

Despite heavy pollution in the state still, insufficient steps have been taken by the authorities to control it.