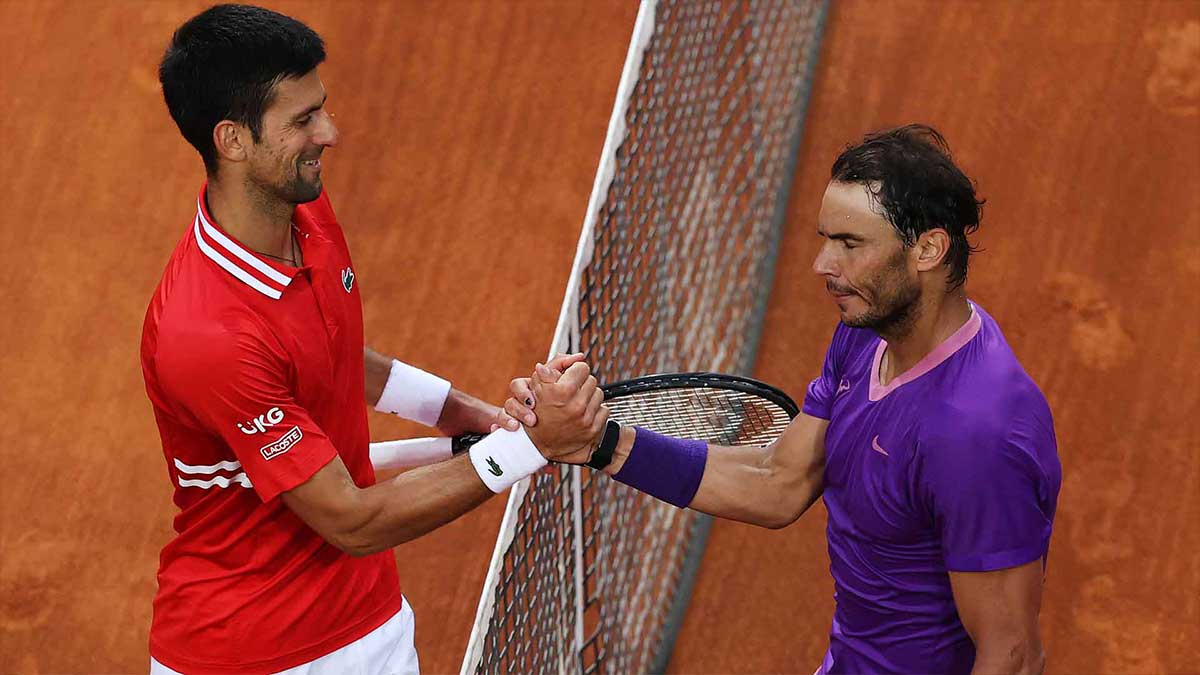 Rafael Nadal fired up for the French Open with a hard-fought 7-5 1-6 6-3 victory over world number one Novak Djokovic in Rome on Sunday, as the Spaniard won a record-extending 10th Italian Open title.

After a mid-match stumble, Nadal increased the pressure in the decisive moments of his 57th meeting with top seed Djokovic – the pair’s ninth in Rome – to win in two hours and 49 minutes.

“I was lucky in some moments, especially against (Denis) Shapovalov in the round of 16,” Nadal added, alluding to his tiebreak victory in the decider.

“After that, I believe I had a nice tournament; I’ve been getting better and better at finding my stride on clay. I’ve had a fantastic week and am overjoyed. It’s incredible to hold this trophy for the tenth time. It’s something I couldn’t have imagined happening, but it did, so I’m overjoyed and can’t thank my team enough.”

Nadal attacked to go up 6-5 in the first set and held off a late comeback attempt from Djokovic with a blistering inside-out forehand that surprised the Serbian off guard, but Djokovic, who had lost to Nadal in the Roland Garros final last year, recovered in the second set to race up 5-1 as the Spaniard’s energy dropped and quivered.

Second seed Nadal then saved two break points in the finale at 2-2 and held with an impressive shot down the line, before switching gears to complete the triumph and tie Djokovic for the most ATP Masters 1000 victories with 36. When the claycourt Grand Slam opens on May 30, Nadal will be aiming for his 14th French Open title.